You are here: Home / State News / Portsmouth Child Rushed to The Hospital After Being Hit by a School Bus 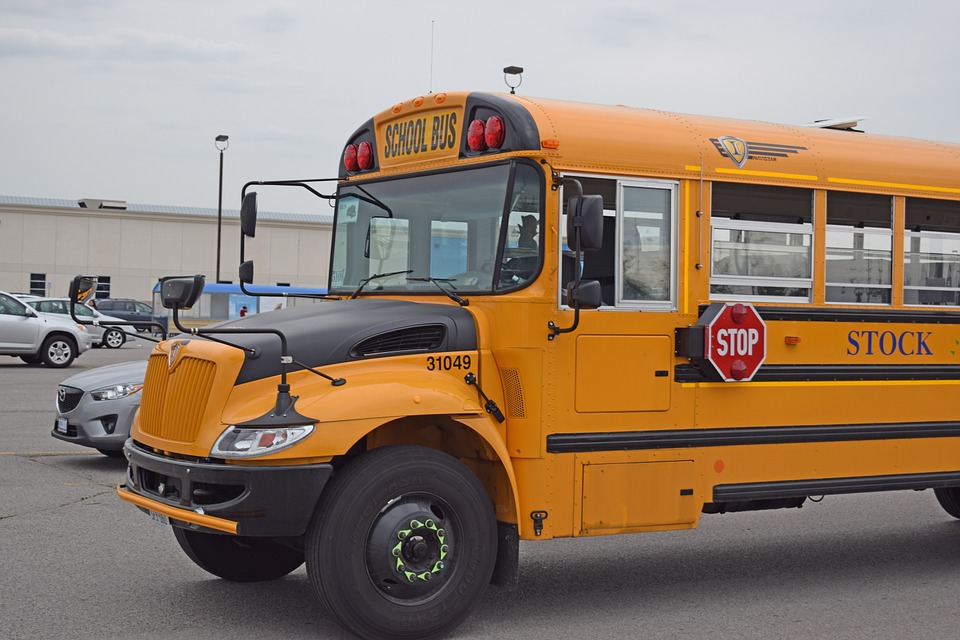 A six-year-old girl was hit by a school bus in Portsmouth.

Portsmouth authorities reported that a 6-year-old girl was recently involved in a school bus accident which took place on Friday, at approximately 8:10 am. According to the detectives in charge of the case, it would appear that the girl sustained minor injuries during the incident, and was rushed to the local Children’s Hospital as a precautionary method. No charges have been filed against the school bus driver.

According to the Portsmouth authorities, on early Friday morning, a car accident occurred at the intersection of Piedmont Avenue and Lincoln Street. The preliminary reports suggest that a school bus driver hit a 6-year-old girl who was just crossing the street.

Police investigators who arrived at the scene have determined that the impact was minor and the little girl didn’t have life-threatening injuries. According to the school bus driver, the six-year-old simply dashed in front of the bus.

Fortunately, the bus driver was not speeding and was able to stop the bus before the whole situation turned into a tragedy. The ambulance which arrived at the intersection declared that the bus only bumped the little girl who fell on the back.

Although she had sustained only minor injuries, the six-year-old involved in the accident was transported to the local Children’s Hospital for a medical examination. The doctors said that it’s likely that the girl will also receive an MRI scan, as she hit her head after being knocked to the ground.

Portsmouth authorities declared that no charges would be pressed against the school bus driver as the child was crossing at an undesignated spot and he was not speeding. However, the investigation still continues in order to determine why the little girl wondered in front of the school bus.

Parents should take extra care to teach their children about the dangers of crossing the road in an undesignated area. Furthermore, the children should also be taught to always keep an eye on the road before crossing the street, even if they are on a zebra crossing.

While this accident had a fortunate outcome, others weren’t so lucky. So, before sending your children to school or anywhere else for that matter, do keep in mind that it’s in their best interest to remind them about the golden rules of traffic safety, even if they protest.

According to the doctors, the six-year-old girl will be kept another day for observation before being discharged.