You are here: Home / Health / Surprising 55 Percent Spike in ADHD Diagnoses Among Girls 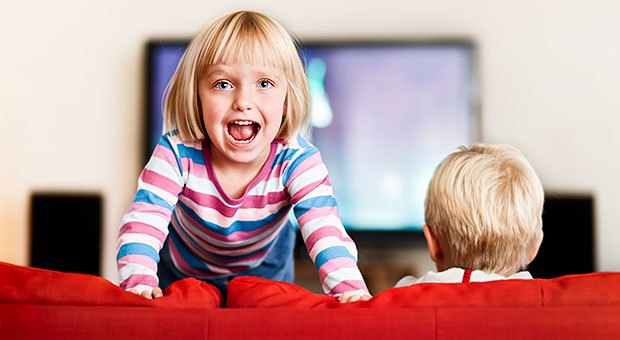 Dealing with ADHD – attention-deficit/hyperactivity disorder – is more often than not associated with boys, a theory supported by the numerous researchers thinking so in recent years.

Educators and parents called it a boy-thing, assuming that boys may be hardwired as more wiggly and impulsive, or find it more difficult to stay on task in the early years than girls. But a new study thinks that may actually be a myth.

Published in The Journal of Clinical Psychiatry, the research revealed a surprising 55 percent spike in ADHD diagnoses among girls – from 2003 to 2011 and from 4.7 percent to 7.3 percent. The rise in cases among boys has been less-sharp, increasing in prevalence from 11.8 to 16.5 percent.

During this period, researchers found roughly the same increase across all races and ethnicities, but Hispanic children rated especially high. Overall, the prevalence in diagnoses increased from 8.4 percent to 12 percent.

Biostatistician Sean Cleary from the George Washington University and co-author Kevin Collins of Mathematica Policy Research were the ones to take the lead on this analysis. They based their conclusions on data provided by the National Survey of Children’s Health, which contained cases of doctors – or other health care providers – diagnosing a child with ADHD.

In general, ADHD in girl is considered to be more difficult to diagnose, seeing that the disorder manifests rather differently in the two genders. Clinicians suggest that boys with ADHD have more “external” symptoms than girls, making it easier to diagnose.

For instance, a girl with ADHD would rather resort to name-calling or teasing whereas a boy is prone to shout or yell in situations when he should be silent. With boys, not being able to finish a task easily turns into vocalizing their disappointment, but girls might internalize their frustration.

According to Cleary, an associate professor of biostatistics and epidemiology, the source of the increase is yet unknown, but it might have to do with a greater awareness. People – parents and educators alike – are starting to recognize more the different types of symptoms in females, which makes it more likely for them to be diagnosed.

This is believed to be the first study to observe the change in ADHD diagnoses across ethnic and racial lines. While prior research has noted that white boys are largely being diagnosed, this new analysis there’s a significant increase in diagnoses among children who are black, Hispanic and of other races.
Image Source: Getty Images