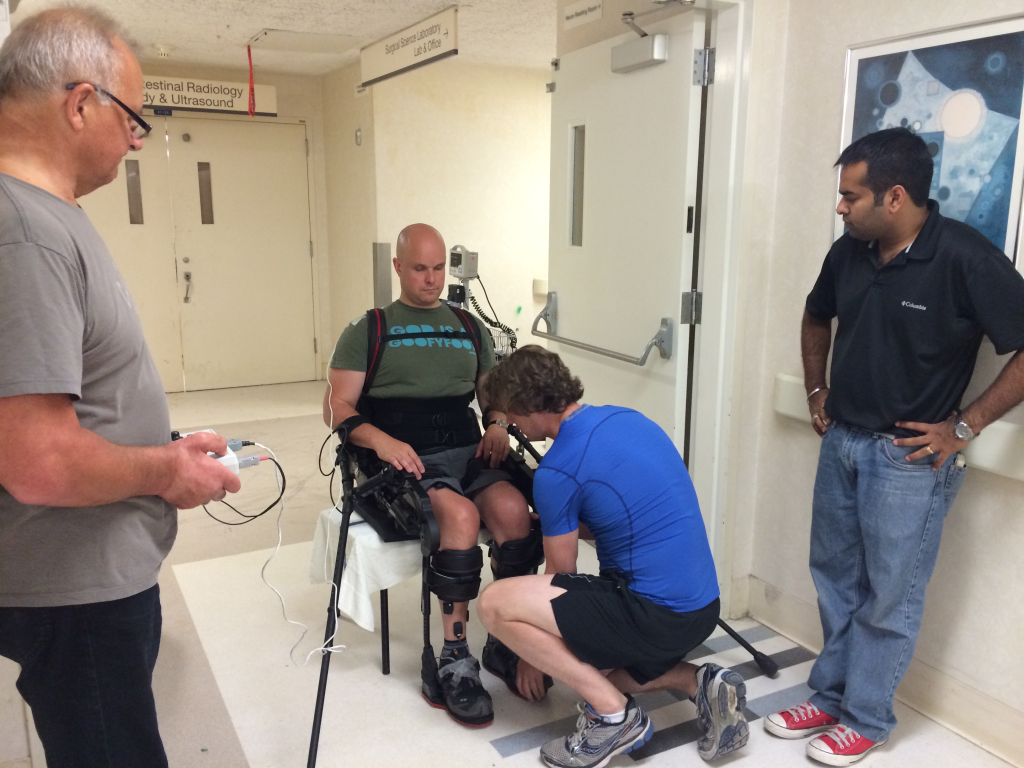 According to scientists at the University of California, Los Angeles (UCLA), former athlete Mark Pollock is the first completely paralyzed person to have been able to take steps with the use of a robotic exoskeleton device.

Combined with spinal stimulation, the device helped Pollock recover enough voluntarily control of his leg muscles in order to actually walk. Scientists claim his ability to take steps was the result of the technique that increased Pollock’s muscle tone, muscle movement, and cardiovascular function.

It’s really a marvel of technology, with the system made up of two main parts. Attached to user’s body is a non-invasive stimulator that creates leg movements through triggered nerve signals; a bionic exoskeleton – battery-driven – then allows the patient to use leg movement in order to drive the device step-by-step.

Before he could make such substantial progress in walking again with the exoskeleton device, Pollock underwent intensive physical training and spinal stimulation at UCLA. During the preparation, Pollock remembers his heart hitting 138 beats per minute – a rate usually experienced in the aerobic training zone.

He says it was a thrilling training, as he dearly misses his athlete days since before he was paralyzed. First blow he had to overcome was becoming blind in 1998, but he did pretty well as he become the first blind person to race to the South Pole.

After competing in rowing and winning the silver and bronze medals at the Commonwealth Games, Pollock also created his own business in motivational speaking.

Second accident happened in 2010, when Pollock fell out of a window and broke his spine. Doctors tried their best to remove the sharp fragments of broken bones that punctured his spinal cord, but he became paralyzed from the waist down.

Walking for the first time in five years and being aware of his own legs stepping beneath him was an “addictive” experience, he said. Encouraged by the results, Pollock and his doctors expect his leg movements to improve even more.

Lead study author Prof. V. Reggie Edgerton teaches physiology, integrative biology, neurobiology and neurosurgery at UCLA; he explained that the robotic device collects important data that measures how much is the patient moving his legs, and how much is the device causing.

Researchers are thrilled by the progress Pollock has made, but they don’t call it walking, even though he was “actively flexing his left knee and raised his left leg.”

They explain their choice of words by saying that walking would imply someone completely paralyzed to independently take steps without the assistance of the robotic exoskeleton device and electrical stimulation.
Image Source: Mark Pollock Trust