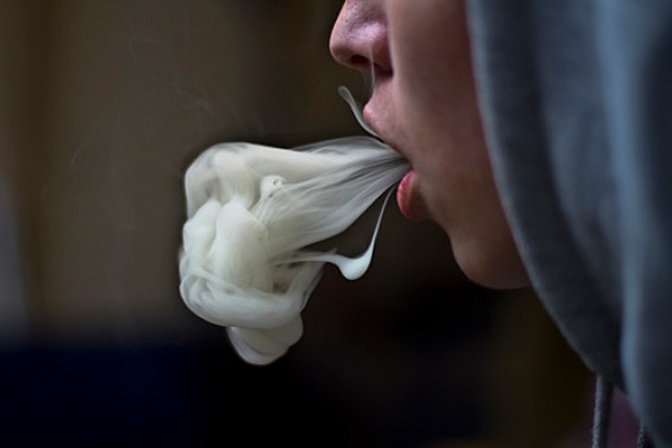 Although reports from the Centers for Disease Control and Prevention show that marijuana smoking is used by more adults overall in the United States, same reports show that its use among the teens and children demographic has remained at roughly the same levels in the past few years.

Evidence (and common sense) proves that using marijuana during one’s formative years has more harmful effects, impacting negatively how the brain will develop.

A new study on young boys mirrored that exact assumption, reporting that use of marijuana is linked to entering puberty earlier and experiencing stunted growth.

Researchers presented their discoveries at the European Congress of Endocrinology in Dublin, Ireland. The purpose of the study was to help researchers gain a better understanding of how drug abuse impact growth and development of children.

The research took place in Rawalpindi, Pakistan, at the Pir Mehr Ali Shah Agriculture University, where more than 400 young boys agreed to have their blood sampled. Researchers analyzed the levels of the hormones playing an active role in growth and puberty.

The boys were divided in two equal groups: those addicted on marijuana and those who did not sustain a smoking habit. Marijuana smokers presented lower levels of puberty-related hormones, such as testosterone, when compared to the growth hormones found in the blood of non-smokers.

Boys who didn’t use marijuana were also different in the way of weight and height: they were an average of 4 kilograms heavier and 4.6 inches taller than marijuana users by the time they reached the age of 20.

Ten of the marijuana users were part of a side investigation that focused on examining stress. Results showed they presented significantly higher levels of cortisol – the stress hormone – which meant marijuana use may be responsible for inducing a stress response. Elevated cortisol levels stimulate the onset of puberty, but have negative effects on growth rate.

Marijuana is Europe’s number one illegal substance, sold in extremely large quantities; it is estimated that approximately 80 million Europeans have used marijuana at least once in their life.

The demographic that smokes marijuana the most covers individuals aged 15-24 years, according to the latest report from the European Monitoring Center for Drugs and Drug Addiction (EMCDDA).

Even though the organization reported significantly higher use of marijuana among boys than girls, it is extremely likely that the results of the study can be applied to both genders. And it doesn’t affect just one’s health – experiencing an early puberty and stunted growth has also been associated with a higher tendency of starting to drink and smoke.
Image Source: Nadlanu