You are here: Home / Health / Two Of The Tested Ebola Vaccines Have Passed Clinical Trials 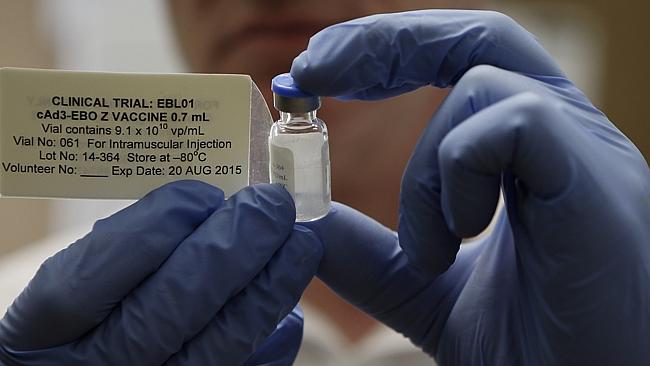 The World Health Organization (WHO) confirmed that two of the tested Ebola vaccines have passed clinical trials. The vaccines will be tested on healthy volunteers fighting the disease in the three West African countries affected by the epidemic in the next weeks.

After the expert meeting that took place this week, WHO came to the conclusion that the two vaccines, one developed by GlaxoSmithKline and the other by Merck and NewLink, have “an acceptable safety profile”.

According to Dr. Marie-Paule Kieny, who made a brief statement on Friday Jan 9, there is a long list of Ebola vaccines that are currently in the phase of testing. Some of the research is taking place in the U.S, but other countries, such as Russia are also in the process of developing Ebola vaccines.

NewLink and Merck had another vaccine put on trial testing since last year but the phase was temporarily suspended due to the side effects it created. It was necessary for experts to look into the matter and analyze the reported cases of joint pains.

This side effect did not occur after administering the new vaccine.

Kieny said that that the two vaccines belonging to GlaxoSmithKline and Merck and NewLink are now entering their last phase of testing which will most likely end in about six months. This means that manufacturers might be able to release millions of doses later this year.

Some experts consider this process to take too long, doubting the possibility of these vaccines to contribute to the eradication of Ebola, currently on the decline.

It is believed the current number of people infected with Ebola is somewhere around 20,000 with 8,000 people having lost the battle, mostly in Guinea, Liberia and Sierra Leone. The death rate is currently approximated to 71 percent.

Helen Rees considers that once the vaccines are available, large stocks will need to be sent to Africa. Once health workers obtain the treatment, a new question will arise: would it be better to vaccinate entire communities or just the high-risk groups?

Dr. Peter Piot, one of the scientists who discovered the Ebola virus, is worried about the fact that there might be too few cases for experts to prove that the vaccine is efficient. Nonetheless, he considers that if there is an available option, it should be used to fight against “the world’s biggest-ever outbreak of Ebola”.

He further explained that in the case of Ebola, “you need to find every last case and stop all transmission” and that is possible only through vaccine.
Image Source: News.com