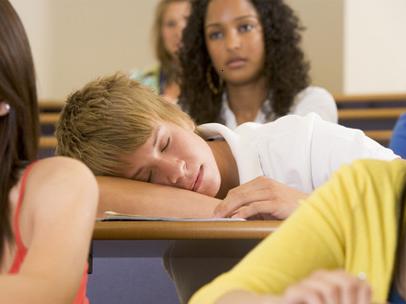 A new study found that adolescents who routinely lack proper sleep have a considerably increased risk of starting binge drinking, getting involved in risky sexual behaviors, or displaying antisocial behavior later in life.

The study also revealed that these behavioral patterns were a consequence of sleep deprivation in young age regardless the cause of the lack of sleep – insomnia or just staying up late at night to chat on social media, or watch TV.

The findings were published Friday in the journal Alcoholism: Clinical & Experimental Research by a team of researchers from the Idaho State University.

The authors of the study recommend that parents should keep an eye on their children’s sleep schedule and educate them on the importance of getting enough sleep.

However, past studies were concerned about insomnia which is a sleep disorder caused by repeated lack of sleep for at least a year. The recent study analyzed the lack of sleep due to various external reasons such as staying up to learn for an exam, going to a late-night party, surfing on the Internet, playing on-line video games and so on.

For their study, researchers analyzed data about more than 6,500 students in middle school and high school gathered during a national survey on adolescent health.

The data showed that teens that lacked proper sleep once a week, several days per week, or every day for a year had a 47 percent increased chance to become binge drinkers or to display alcohol-related aggressive behaviors later in life. Also, they were 80 percent more likely to get involved in risky sexual activities that they would eventually regret, the study found.

In other words, fewer hours of sleep were associated with greater odds of alcohol-related interpersonal problems,”

One year later, study authors conducted a follow up. The new results showed that teenagers who had been sleeping more were less likely to get involved in alcohol-related problems.

For instance, an extra hour of sleep was linked to an 8 percent lower chance of having later interpersonal problems, and a 9 percent less chance to take up binge drinking.

The U.S. Centers for Disease Control and Prevention (CDC) defined the parameters of a sound sleep as 10 hours of sleep per day for teens, and 7 to 8 hours for adults.