You are here: Home / Health / Early Puberty in Girls May be Prompted by Consumption of Soda 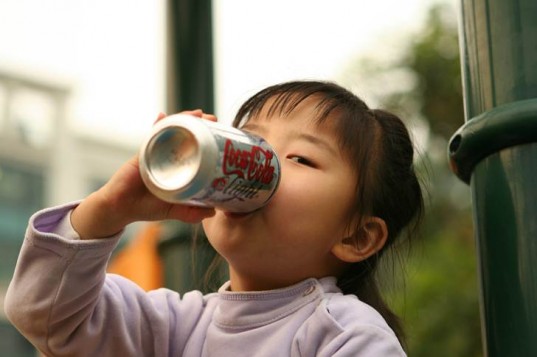 A new study performed by researchers at the Harvard School of Medicine, Boston, MA has revealed that early puberty in girls may be prompted by consumption of soda. The study was published in the journal Human Reproduction.

The researchers followed almost 5,600 girls with ages from 9 to 14 between 1996 and 2001. The results of the monitoring showed that the girls who drank more than 1.5 servings of sugary soda a day had their first period earlier (2.7 months earlier) than those who drank considerably less than they did. The researchers mentioned that the results of the study were independent of how much food the girls ate in the period, their body mass index and whether they were exercising or not during the years they were being monitored.

Jenny Carwile, the lead author of the study and a postdoctoral associate at the Harvard School of Public Health, said that early periods are a risk factor for depression during teen years and breas cancer during adulthood. This is the reason why, she mentions, the study findings have greater implication than starting menstruation early in life.

The study made use of a questionnaire that told researchers how much sugar the girls were getting from carbonated drink and how much from other foods, such as sweets.

Soda contains elements that have already been linked to weight gain, and this new study that shows early puberty in girls may be prompted by consumption of soda is another piece of evidence that shows how harmful these types of drinks really are.

Karin Michels, another senior study author, believes that this study is yet another reason to cut down of these types of drinks, such as sweetened fruit drinks, teas and sodas with sugar added.

Sugar-sweetened drinks, such as sodas, have no nutritional value. One may wonder what nutrients — such as vitamins, minerals and protein — are being replaced by these drinks that can lead to this metabolic problem. […] Whatever the reasons for the earlier start of periods, there is no good reason for anyone to be drinking sugar-sweetened drinks or sodas regularly, at any age.