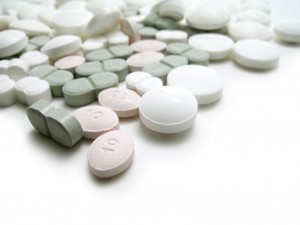 The drug is supposed to slow down the memory –depriving disease, but promising as it sounds, the approach is still considered risky.

The trial, called AMARANTH, will be conducted on more than 1,500 patients in 15 countries,  diagnosed with  early Alzheimer’s,  the first patient being already enrolled in the program.

The study will focus on phase II/III of the disease and should be completed by May 2019. AZ company officials said the drug could bring $5bn-a-year, if trials are deemed successful.

AstraZeneca was the initial developer of the drug but signed an agreement with Lilly in September for the product, known as AZD3293 or LY3314814. The medicine acts as an inhibitor of the enzyme called beta secretase, the culprit  producing beta-amyloid, a protein that leads to brain plaques.

The study will consist of two biomarker groups, one to be submitted to positron emission tomography (PET) scanning at trial admission and during the study, another that will use lumbar puncture for CSF sampling.

Merck & Co presently considered the leading company in the BACE inhibitor field, has stated its plans for a Phase III trial a year ago. Another company competing in the race for treating Alzheimer is Novratis, planning to start a combination trial in 2015.

Oral drugs to block beta secretase  are now the  main direction of research after an injectable class of medicines intended to eliminate plaque once it has already formed, let down in studies conducted by Pfizer and Eli Lilly in 2012.

Medical researchers suspect that giving drugs earlier in the course of the disease might increase their effectiveness in decelerating cognitive and memory degeneration. The majority of analysts agrees that this type of Alzheimer’s programs as very high risk and have little chances of success.

Alzheimer’s disease, is a deadly illness, one of the most ordinary forms of dementia, making up 60% to 80% of dementia cases.  Approximately 5 billion Americans over 65 years old suffer from Alzheimer’s.   Currently US spends about  $203 billion a year in direct expenses related with Alzheimer’s disease. In the absence of a major breakthrough in pharmaceutical research in this area,  this expenditure will reach over $1 trillion by 2050.