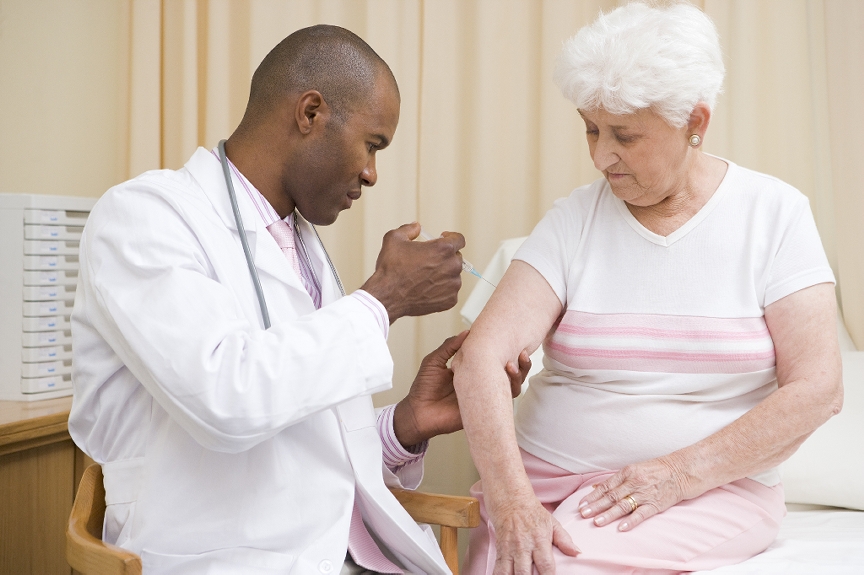 Medical researchers recommend flu-shots for the elderly. After reviewing 35 studies performed in the last seven years on 60-year-old people and older, researchers led by Edwin R. van den Heuvel of Eindhoven University of Technology in The Netherlands reached the conclusion that seniors would benefit from the vaccine. However, the vaccine’s effectiveness should be verified once a year, researchers note in the study published in The Lancet Infectious Diseases.

“Although influenza virus can affect everyone at any age, it is well-known that children younger than age two, elderly aged 60 years or older and patients with chronic underlying medical conditions are at higher risk of influenza and its complications,” van den Heuvel told Reuters.

Flu affects infants under 2 and seniors over 60 more than other age groups. Researchers looked at the health status of seniors who got the flu-shot because the vaccine is based on direct interaction with the immune system, which weakens over time. The review included studies from various countries gathered in 53 databases.

The results were clear. Vaccinated elderly enjoyed 28 to 58 percent less chances of contracting influenza. However, the results apply in the case of regional or widespread seasonal flu outbreaks. The periods when the World Health Organization declared a “flu epidemic season” coincided with the times when the vaccine provided the elderly with the highest rate of protection. Nevertheless, even when no outbreaks had been recorded, flu-shots provided the elderly with a higher level of protection compared to those who have not received the shot.

Bear in mind that researchers assembled a highly efficient methodology. In order to come up with reliable results, people who had not visited the doctor’s office often, but did get the vaccine, have been eliminated from the sample.

The aim of the study was to check what difference the vaccine made in the case of people seeking similar health care services. Had the reviewers included people who didn’t regularly visit the doctor, but had been vaccinated, the vaccine’s effectiveness would have appeared to be better than it actually is. “Test-negative design,” as the approach is called, is increasingly used by researchers studying the effects of influenza vaccines in an effort to rule out bias caused by improper classification.

Reviewers claim that “efforts should be renewed worldwide to further increase uptake of the influenza vaccine in the elderly population.”