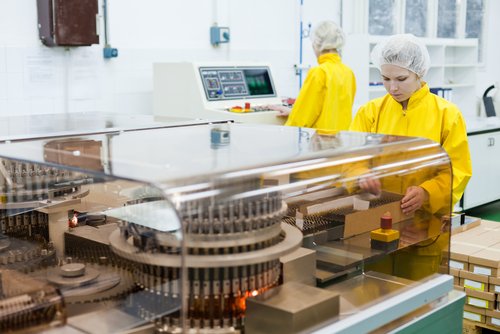 U.S. health officials have requested laboratories to submit plans of increasing the production of Zmapp, the experimental Ebola drug, after supplies ran out. Although the drug hasn’t been widely tested, it had positive results when being used to treat medical workers infected with the hemorrhagic fever virus.

On Thursday, an order was issued by the U.S. Department of Health and Human services through its BARDA division that the antiviral cocktail starts to be mass produced. A deadline has been given to three advanced biological laboratories capable of producing the drug. Until November 10th, they have to submit detailed plans including budget and timetables.

In a statement, Robin Robinson, BARDA director said that the U.S. government:

“is working with partners around the world as quickly as possible to advance the development of multiple vaccine and therapeutic candidates for clinical evaluation and future use in preventing or treating Ebola,”

The Centers for Innovation in Advanced Development and Manufacturing is already attempting to boost the ZMapp production. Its three separate laboratories, the TEXAS A&M Health Science Center (partner with GlaxoSmithKline Plc.), Emergent Biosolutions in Maryland and Novartis AG lab in North Carolina will be submitting these propositions.

All three laboratories have been established by the U.S. government with the idea in mind that their flexible manufacturing capabilities make it possible for countermeasures against chemical, biological and other threats to be taken.

Mapp Pharmaceuticals, ZMapp suppliers, have run out of the experimental drug after administering it to two American medical workers who had become infected in Liberia: Dr. Kent Brantly and Nancy Writebol. Both recovered.

There have been calls that president Obama begin to take measures that ensure that the outbreak doesn’t reach the United States, either by enforcing a flight ban to and from affected countries or by increasing the production of ZMapp.

“It is Time All World Leaders demanded Full Open sourcing of the ZMAPP Drug and committed funds to contain Ebola.”

The antiviral is a cocktail of antibodies which is designed to identify the virus and bind to infected cells.

“We look forward to leveraging our manufacturing capabilities to expand production of this experimental therapeutic and to find other ways to support the U.S. government’s fight against Ebola,”

What must be noted, however is that, according to the U.S. Centers for Disease Control and Prevention, the experimental cocktail hasn’t been tested for safety and effectiveness in humans yet. Additionally, the drug doesn’t prevent the infection, so it can’t be used as a vaccine.