You are here: Home / Health / New Study Shows that Lung Cancer Can Lie Dormant for More than 20 Years 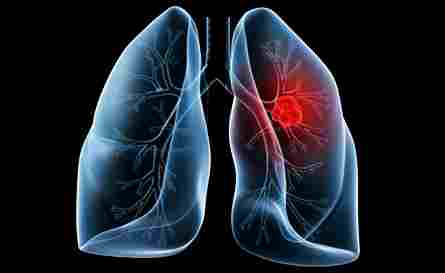 A new study, published in the medical journal Science, has revealed that lung cancer can lie dormant for more than 20 years, before waking up, growing and causing damage inside the body.

Lung cancer is the leading cause of cancer death inside the United States, which prompted the scientists at the Cancer Research UK to complete the study. The results of this study have shown that after the cancer is triggered by genetic faults inside the human body, it can remain undetected and dormant for more than 20 years. It can then become active and wake up after it is triggered by some more genetic faults.

These genetic faults can occur in multiple areas of the microscopic lung tumor. One tumor can have many genetically unique bits and pieces and that is why so many targeted treatments of lung cancer are not successful.

For this study, the lung cancers of 7 patients were analyzed. They were smokers, non-smokers and former smokers in the group. The study also revealed that many of these genetic faults happen because of smoking.

Professor Charles Swanton had this to say about the results of the study:

Survival from lung cancer remains devastatingly low with many new targeted treatments making a limited impact on the disease. By understanding how it develops, we’ve opened up the disease’s evolutionary rule book in the hope that we can start to predict its next steps.

More than 200,000 people in the United States are diagnosed with lung cancer each year. Around 150,000 of them die the same year. Aside from genetic faults and a family history of lung cancer, the number one cause of lung cancer is smoking, secondhand smoke and toxic substances.

The team of scientists is hoping that this discovery will lead to better detection techniques, as well as developing new ways of treating the disease.

This fascinating research highlights the need to find better ways to detect lung cancer earlier when it’s still following just one evolutionary path. If we can nip the disease in the bud and treat it before it has started traveling down different evolutionary routes, we could make a real difference in helping more people survive the disease.

Do you know anyone who could benefit from this news? What are your thoughts on the fact that lung cancer can lie dormant for more than 20 years? Drop us a line in the comment section below!