You are here: Home / Health / Terminal cancer Patient Asks Nurse to Look After her Son After She’s Gone 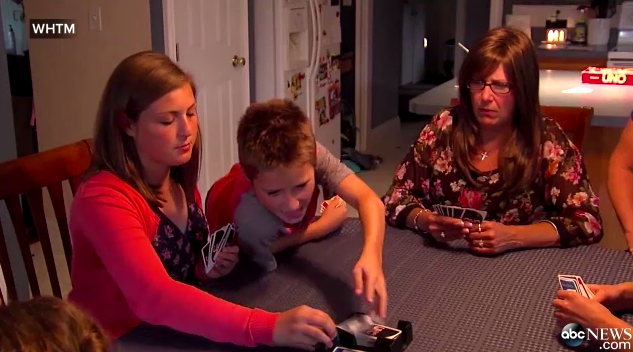 Knowing that you will die of cancer is no easy thing. Knowing that you will die from of cancer and not have someone take care of your child is even harder. Tricia Somers is a single parent who has no family left to look after her 8-year-old boy, Wesley. She is suffering from terminal cancer. While in the Harrisburg, Pa. Hospital she asked a nurse if she could take care of Wesley.

The dying mother had no idea who would look after her son once she was gone. That is when she met a nurse, Tricia Seaman. Once the mother enter her losing battle to cancer, in the hospice, the Pennsylvania boy will be taken in by Seaman’s family. The only thing that Tricia could think about when she found out that she has terminal cancer was who is going to take care of her beautiful boy. That’s when Seaman walked into her life.

“She came in and I felt this overwhelming feeling of comfort. She’s going to take care of me. She’s the one.” – the dying mother recalled in an interview for WHTM-TV

The nurse was there for Tricia when chemotherapy starting to take its toll on her, and left her unable to walk her child to school. Right before being discharged from Pinnacle Health’s Community General, Tricia asked Seaman the only thing she cared about after she is gone: will she take care of her son after she’s gone?

At first, the nurse was shocked at the woman’s request, but she discussed the idea with her husband seriously. The couple was already preparing to adopt another son to add to their family of four (one boy and three daughters), but they never thought that their story would unfold like this.

“I’ve never had an occasion not to trust my wife’s heart. We have to do something. We have to figure out a way to make this happen.” – Daniel Seaman

In the end, the Seamans said yes. This would give Wesley a chance to grow up with people who actually knew his mother. He would also have access to education and the opportunity to bond with a loving family. Although he is young, Wesley understands that his time with his mother is limited. He described her as gentle and loving.

“I didn’t have anybody until now. Anybody except for you, Mommy.” – Wesley told his mother

Right now, it is unclear how much time Somers has left to live, but she is making the most out of it. She will be spending her last months in hospice with the Seamans and Wesley.

“I feel bad that I’m doing that to him, but he says ‘Mom, it’s not your fault’ (…) i’m just hanging in there and holding on and hopefully I can see my son grow up.” Somers concluded