You are here: Home / Health / American Waistlines Expanded Dramatically During the 2000s 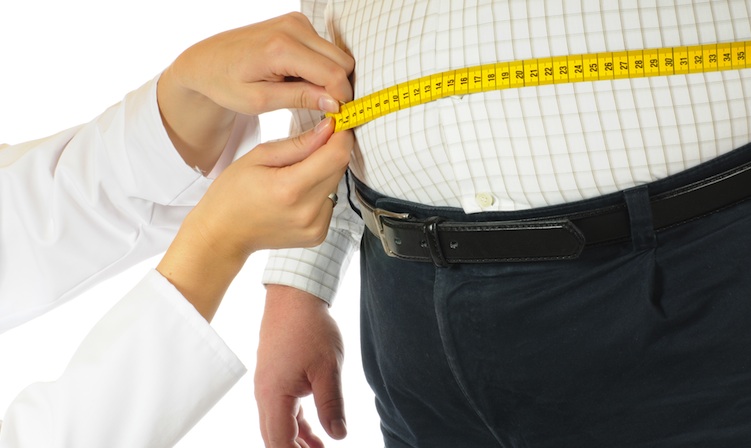 Even if Americans gained some improvements in their health status, due to decrease in smoking rates and advances in the medical field, the rate of obesity is at an all-time high. Moreover, the rate keeps increasing at worrying rates, as the latest report on the matter demonstrates.

Obesity is a national health issue for decades now, but the results of a research published today in Journal of the American Medical Association on Wednesday warn that the Americans’ waistlines increased in average by more than an inch in the last decade.

The study performed by researchers from Centers of Disease Control and Prevention covered a period of 12 years. They measured the waistlines of both women and men and reached the conclusion that for women, there is an average 2 inches increase in the waist size. From an average of 36 inches, it increased to 38. For men, the increase is only by one inch, reaching 40 inches.

But in the same period, the body mass index (BMI) maintained roughly the same level. The constant weight-to height ratio indicates that fat distribution tends to accumulate more around the waist. To put it differently, Americans tend to look more and more like apples.

As Americans are not necessarily getting heavier, as fat is lighter than muscle, researcher are trying to come up with an explanation.

Among the first is the usual argument that Americans do not make enough physical movement and exercises. Researchers believe that other variables, like sleep deprivation and some drugs might have contributed to the change in fat distribution. Another theory is that pesticides and other types of artificial chemicals might have altered the hormone production.

Women are more affected by obesity than men. In 2011, the last year when researchers collected data from a population with an average age of 45, the rate of obesity when up to around 65 percent from just over 50 percent. For men, the rate went from 37 to 44 percent. African and Mexican Americans have seen the largest increase in waist circumference.