You are here: Home / Health / Risk of False Memories Increased by Lack of Sleep 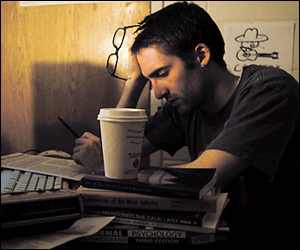 There have been past studies that have found that lack of sleep can lead to memory loss and can even cause it. Now, the results of a new study from the University of California-Irvine and Michigan State University have been made public and it seems that sleep deprivation can lead to the development of false memories.

Steven J. Frenda was the research team leader and he’s also part of the Department of Psychology and Social Behavior at UCI. The team published their findings in the Psychological Science Journal and they were motivated to begin this study because, as they said, not enough, if any, studies have researched whether or not lack of sleep can cause false memories to occur.

Frenda had this to say about the motivation behind the study:

I was surprised to find that there were so few empirical studies connecting sleep deprivation with memory distortion in an eyewitness context. The studies that do exist look mostly at sleep-deprived people’s ability to accurately remember lists of words – not real people, places and events.

The team had 104 participants between the ages of 19 and 23 and they were divided into four groups. Two groups were shown photos from a crime happening in the evening; one group was allowed to sleep and one group wasn’t.

The researchers found that the people in the group that looked at the photos after staying awake at night were more likely to form false memories. The conclusion was that sleeping for 5 hours each night or less can increase the risk of false memories formation.

The team leader, Frenda, believes that these results could have important legal implications:

Recent studies are suggesting that people are getting fewer hours of sleep on average, and chronic sleep deprivation is on the rise. Our findings have implications for the reliability of eyewitnesses who may have experienced long periods of restricted or deprived sleep.

What are your thoughts on this? Have you ever experienced such a thing? Did the lack of sleep cause your brain to form false memories? Drop us a line in the comment section below and share your story with us and our readers.