You are here: Home / Health / Chikungunya-A Mosquito-Borne Disease Spreading In US

A wave of mosquito-borne tropical disease that first appeared in the Western Hemisphere in late 2013 has now spread across the Caribbean, stoking concerns about a debut in the continental U.S. We may be only hearing about it now here in the States but Chikungunya, a virus that causes debilitating headaches, high fevers and severe joint pain has been plaguing people on Indian Ocean islands, India, Cambodia, Thailand and Italy for nearly a decade.

Now, it appears to have taken hold in the Caribbean where, as the CDC has reported both islanders and tourists on St. Maarten, Guadeloupe and the B.V.I. have fallen prey. And, apparently, it’s given that Chikungunya carrying mosquitoes are heading towards Florida, Texas and other hot, humid southern states as primary initial destinations. 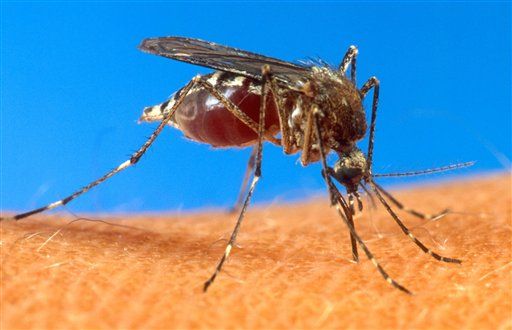 Like West Nile or Malaria before it,Chikungunya is contracted by mosquito bite but, unlike the others, it’s in a genus of viruses that humans have seldom encountered. We have no antibodies or immunities to help arm ourselves against an attack. While most patients do fully recover, joint pain may persist for years and heart, neurological and gastrointestinal complications may ensue. At present, there’s no cure for the disease. The World Health Organization reports ‘treatment is focused on relieving the symptoms’.

There are now 4,576 confirmed cases of the disease in the Western Hemisphere according to the Pan American Health Organization and more than 165,000 suspected cases.

Although more than 30 cases have been reported in the U.S. this year, all were among tourists returning from vacation in the Caribbean or Asia. Twenty-three of the cases were reported in Florida. Another four cases were in Virginia. A local outbreak would only begin if, for example, a mosquito in Florida bit an infected person, the virus incubated in the mosquito’s body for about 10 days and then that mosquito nipped other humans and successfully transmitted the virus. For now, the Centers for Disease Control and Prevention is carefully eyeing the number of travel-related cases. “Those incidents will likely increase as the virus becomes more common in the region”, says Christine Pearson, a press officer for the National Center for Emerging and Zoonotic Infectious Diseases at CDC.

There is no vaccine for the virus and it rarely proves fatal. Still, since it emerged in the Western Hemisphere last year, there have been 14 deaths attributed to the virus.