Despite being staple diet in most pantries, the truth behind white bread is that it doesn’t add any nutritional value. The bread contains a high amount of sugar and it cannot completely satisfy your hunger so you start feeling hungry within a few hours.

A new study presented at the European Congress on Obesity in Bulgaria this week suggests that people consuming large amount of white bread are likely to gain unwanted weight.

The eating habits and weight of more than 9,200 Spanish university graduates were examined by Miguel Martinez-Gonzalez, a professor from the University of Navarra in Spain, accompanied by colleagues for an average of five years. They discovered that those who eat three slices of white bread per day were 40 percent more likely to be overweight than those who have consumed comparatively less amount of white bread. 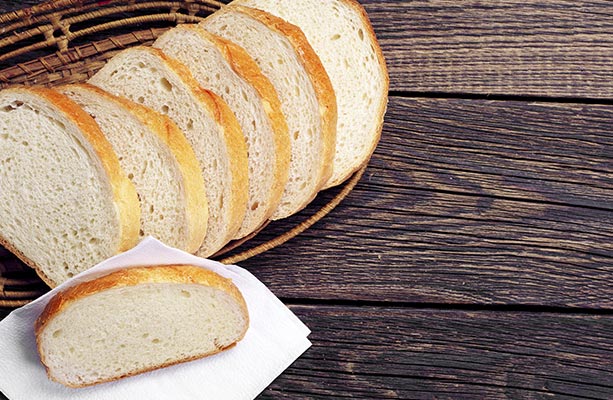 The link between eating whole grain bread only and becoming overweight or obese couldn’t be established may be because of the types of carbohydrates, fiber content and other ingredients in whole grain bread, according to Martinez-Gonzalez.

White bread uses highly refined flour, which is easily absorbed by the body as sugar.

“Essentially it is equivalent to a high consumption of sugar,” Martinez-Gonzalez said. “The problem is similar to what we see with soft drinks, their sugars are rapidly transformed into fat an organism.”