Untreated hypertension increases the risk of heart disease and stroke. Hypertension can also damage the kidneys and increase the risk of blindness and dementia.

On World Hypertension Day on Saturday, experts warned that like diabetes, high blood pressure too is a silent disease.

Kidney diseases experts reported that 60% of the patients suffering from chronic kidney disease (CKD) in India are either diabetic or a victim of high blood pressure. About 139 million Indians with uncontrolled hypertension are suspected to have CKD or have a chance of rising CKD. 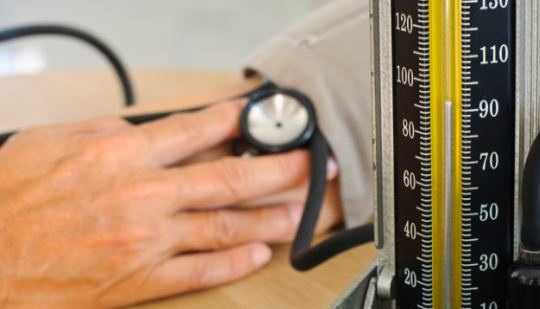 The physical aspect of weight gain, junk food diet and high consumption of sodium through processed food, increases the probability of hypertension.

“Every month, we get at least five patients who have no idea that they have been suffering from uncontrolled high blood pressure and their kidneys have been badly damaged due to the hypertension. This is serious,” said noted kidney diseases specialist Dr Prakash Darji.

People should also look out for postural unsteadiness, transient blackouts and early morning headaches in the back of head, especially around the neck par,” said Nephrologist Dr Siddharth Mavani.

High blood pressure can time and again be eluded and efficiently cured.

So some key actions in order to keep blood pressure under control include trying to keep salt intake below 6g per day, and getting 150 minutes or more exercise per week. One should avoid addictions to alcohol, increase protein intake and keep the blood pressure monitored.

“This year’s theme is ‘Know Your Blood Pressure’ as most don’t see it coming. In its worst form, it can lead to kidney, brain, cardiovascular and eye diseases,” said an EMRI official.