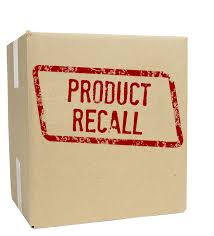 A report from a children’s safety advocacy group said that the recalls on children’s products are not very successful.

Such a low number of children’s products are returned or fixed during safety recalls, according to the report from Kids in Danger, based in Chicago that came out on Tuesday.

This means many commonly used items such as cribs, clothing, car seats and toys that could injure or kill children likely stay in households.

A recall is a refund, repair or replacement, says Scott Wolfson, communications director at the Consumer Product Safety Commission.

Julie Vallese, a spokeswoman for the Juvenile Product Manufacturers Association, says toys and children’s products always had low recall response rates and the issue is one several Administrations have struggled with.

The report says the requirements for issuing a recall can sometimes slow down that process, and that companies and regulators often miss out on opportunities such as lack of publicity.

Cowles said companies should engender as much publicity about recalls as they do about their products.

Consumers can get self assistance by checking their children’s products against the list of recalled products on the Consumer Product Safety Commission website. Problems can be reported at SaferProducts.gov, regarding whether they have been recalled or not.