You are here: Home / Health / Stop-smoking battle, struggling even after a half century 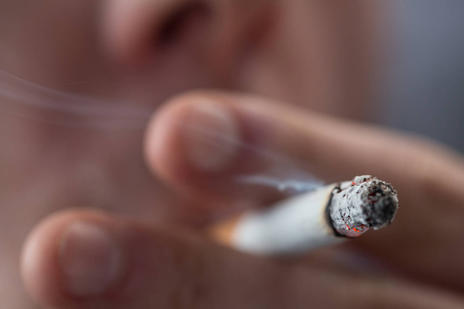 About 50 years ago, on Jan. 11, 1964 the surgeon general declared the health perils connected to smoking. Despite the laws, advertising bans, warning labels, hazards and price the number of people who smoke hasn’t decreased.

The report “Smoking and Health” states ingenuously that smoking cigarettes originates lung cancer, stroke and is also associated to other hazardous diseases which are making it the highest reason of death in USA.

Worldwide, tobacco is believed to kill almost six million people a year and about 443,000 Americans each year.

A study in the Journal of the American Medical Association stated that an estimated eight million deaths have been prevented by stop-smoking efforts since the half century.

The number of American adults smoked in 1964 has decreased from 42% then to 18 percent now. 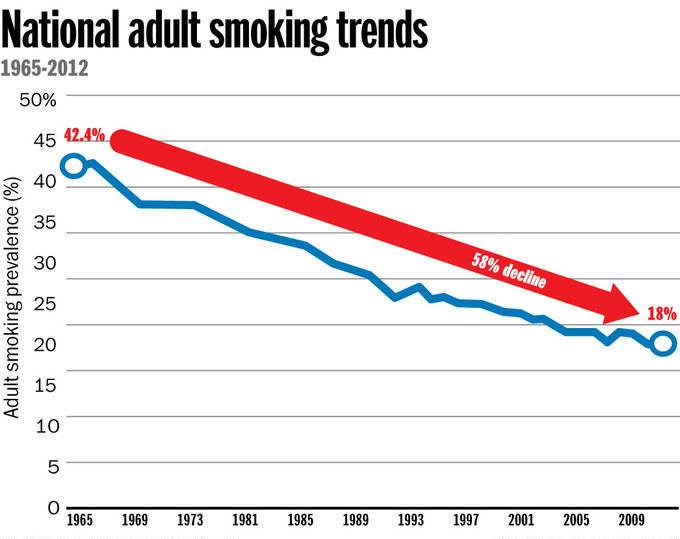 The Campaign for Tobacco-Free Kids group told that nearly 44 million American adults and 3.6 million adolescents and children smoke. According to Dr. Les Beitsch, chairman of Medical Humanities and Social Sciences for the College of Medicine at Florida State University nicotine addiction for users and corporation addiction to profits are the chief reason of obstruction in the path of progress.

“We’ve made enormous progress, but we can’t declare victory when tobacco is still the No. 1 cause of preventable deaths in the United States,” Vince Willmore, the spokesman for The Campaign for Tobacco-Free Kids, told the Deseret News. “We know how to win this, and it cannot take another 50 years. We cannot afford another 50 years of death and disease caused by tobacco.”

Even President Barack Obama in 2009 admitted that he quit smoking but still “falls off the wagon” many times.

“Smokers typically start smoking as adolescents or young adults, with initial smoking occurring in social situations,” said Sherry McKee, the director of the Yale Behavioral Pharmacology Lab. “Most young smokers believe that they can easily quit at any time and nearly all believe that they won’t be long-term smokers.”

Bold action has been demanded by government to achieve three goals by the group which is a collaboration of American Cancer Society Cancer Action Network; American Lung Association; Americans for Nonsmokers’ Rights; American Academy of Pediatrics; American Heart Association and Campaign for Tobacco-Free Kids and Legacy. The goals were : Reduce smoking rates to less than 10 percent within 10 years; protect all Americans from secondhand smoke within five years; and “ultimately eliminate the death and disease caused by tobacco use.”

Some states, including Utah, have made goals to reduce tobacco usage by 2020. Florida is an example of a state that reached goals for reducing tobacco use in middle schools and high schools.

The high school smoking rate peaked at 36.4 percent in 1997 decreased to 18.1 percent in 2011, according to the Youth Risk Behavior Survey conducted by CDC. The recent Monitoring the Future Survey found smoking among high school seniors cut in half since 1997, down to 16.3 percent in 2013.

Tobacco-Free Kids wants the Food and Drug Administration to use the authority it received in 2009 to regulate manufacturing, marketing and sale of tobacco products, including electronic cigarettes.

It wants more media campaigns that motivate smokers to quit and prevent others from picking up the habit.

“Tips from Former Smokers,” campaigns that the CDC recently credited with helping more than 100,000 Americans kick the habit for good. It was listed in the five top achievements of 2013 by the federal health agency .