Putting an end to the debate that whether a legally and medically dead pregnant woman be kept on life support for the sake of a fetus, John Peter Smith Hospital removed the brain-dead pregnant Texas woman from the machines to handover the body to her family.

The hospital decided to take her off the ventilators on Sunday as it acceded to a judge’s ruling that it was misapplying state law.

Soon after the family recovered her body, she was buried. 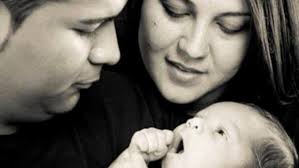 Notably, the family was against keeping her on life support and was demanding her body from the hospital.

Following a Texas law, brain dead and pregnant 33-year-old Marlise Munoz from Fort Worth was being kept alive, regardless of the condition of the fetus or her family’s wishes.

She was in the ICU of John Peter Smith Hospital after she collapsed on November 26 when she was 14 weeks pregnant. Her husband, Erick, a fire-fighter and paramedic, wanted to take her off life support as she once had mentioned him that she would not want to be alive in such a condition ever.