You are here: Home / Health / Staying Positive About Aging Could Keep Dementia at Bay (Study) 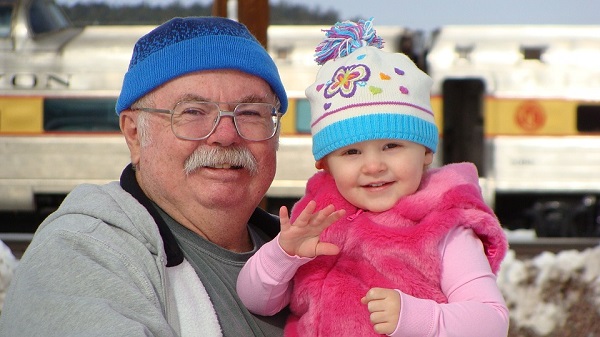 A new study suggests that not stressing out over aging may prevent the onset of dementia even if you are genetically predisposed to the condition.

A research team at Yale University found that people in their 60s or older who have a positive attitude about them going old have a 44% lower chance of being diagnosed with dementia than those gloomy about aging. The study involved over 4,000 adults from the U.S.

The risk almost halved in people with a genetic risk of developing the condition but who had a positive attitude toward life and getting old.

We found that those who had more positive age beliefs were less likely to develop dementia, even if they were at a higher risk,

The findings appeared Wednesday in the journal PLOS ONE.

Positive Attitude Toward Aging Can Go a Long Way

Senior author Becca Levy believes that having positive thoughts about the natural aging process is very similar to a protective factor against neurodegenerative conditions. Levy wants authorities to run public campaigns against ageism, a toxic attitude all-too-present in modern-day societies.

Researchers explained that people’s age beliefs can be easily changed, so there is still hope for those at risk of dementia.

The latest study involved 4,765 Americans with the average age of 72.

In a first phase, study authors analyzed participants’ age beliefs. Next, the team monitored their volunteers every two years, asking them to take part in a wide range of cognitive tests to see if they had any signs of dementia.

The team found that participants who strongly disagreed with statements like “Getting older makes you feel less useful” had a 43.6 percent lower risk of dementia than those showing a negative attitude. Those who carried a gene variant called APOE-e4 which makes them genetically predisposed to the condition were 49.8 percent less likely to develop dementia than their peers with a negative attitude.
Image Source: Pixabay