You are here: Home / Health / Non-Stick Pans Can Make You Fat (Study) 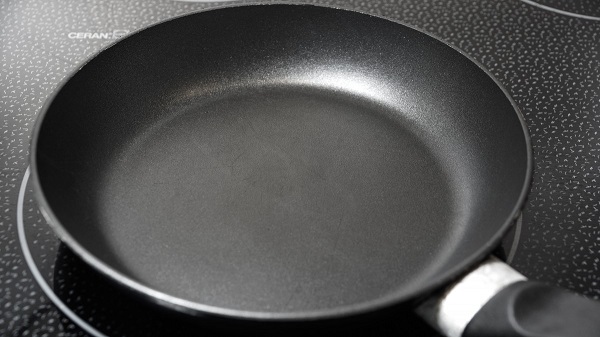 New research suggests that some chemicals in non-stick pans and other kitchen-grade utensils can up the risk of weight gain and obesity.

The findings were published this week in the journal PLOS Medicine.

The research team nicknamed PFASs “obesogens” because they can trigger obesity by disrupting metabolic processes. The substances seem to decrease resting metabolic rates (RMR), which lowers the rates of calorie burning.

The extra calories are stored as fats, which makes people gain weight despite not changing diet. Senior author Qi Sun said PFASs were proven to lead to obesity in lab animals. The theory hasn’t been tested on humans yet.

According to the research, the chemicals that give items non-stick properties disrupt the way the body regulates weight, which leads to obesity. The substances can be found in various commercial items like non-stick pots and frying pans, food wrappers, and even apparel.

PFASs Can Up Obesity and Cancer Risk

The chemicals can contaminate drinking water, as well, as PFAS-laden industry waste reaches the environment. The substances can linger in the human body for a very long period of time.

In their study, researchers tracked 621 patients who had been diagnosed with obesity or overweight. Study participants gained 2.7 kg on average after being exposed to the substance in non-stick pans for 18 months.

The PFAS concentration in the blood was the highest in participants who gained weight. The substances seemed to affect women more than men as they tended to gain up to 2.2 extra kilos after being exposed to PFASs than men.

In all patients, higher PFAS levels were associated with lower resting metabolic rates. Co-author Philippe Grandjean confirmed that the dangerous chemicals can up cancer risk too, as past studies have shown.
Image Source: Pxhere