You are here: Home / Health / Appetizing Names Can Increase The Vegetables Intake 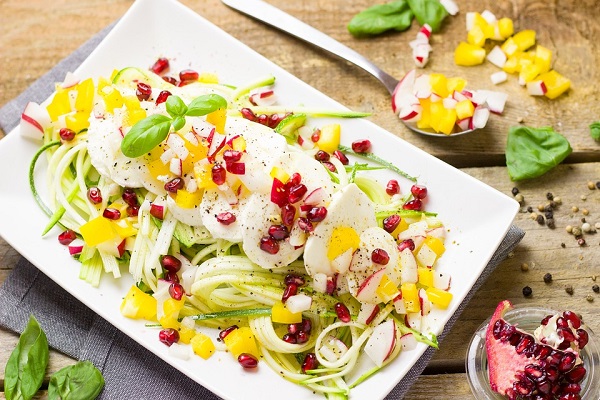 Stanford University researchers set out to test a theory which wondered if giving dishes more appetizing names could increase their consumption.

The team analyzed this concept in connection to vegetable-based dishes and noted that “indulgent” titles do attract more attention. These also seemingly have higher consumption rates, when compared to the other variants.

Appetizing Names Can Increase The Allure Of Vegetables

The study team tested its theory in a Stanford University dining hall. Every day, during lunch, the researchers randomly selected one of four titles for one of the eight of the day’s vegetable servings. One of the names offered a basic description, for example, green beans.

The dishes were prepared and presented in the same exact way, with the only difference being their more or seemingly less appetizing names. During lunch, the team secretly monitored the consumption of the respective vegetable dish. They also weighed in how much of it was left after dinner. Data was collected during an academic quarter.

Based on their observations, the team concluded that “indulgently” named dishes are more likely to attract attention. They also have higher consumption rates, which could make them a good way of encouraging people to eat more veggies.

Also, the researchers noted that the “healthy restrictive” label attracted the least attention and had the lowest consumption rates.

“We have this intuition to describe healthy foods in terms of their health attributes, but this study suggests that emphasizing health can actually discourage diners from choosing healthy options,” said Bradley Turnwald.

He is the lead author and a graduate psychology student at Stanford. Turnwald considers that more research on the matter should be carried out. He would like to apply the same method in a restaurant, where you can change the menu but people do not see the food itself beforehand.

Still, even these preliminary results could help point towards an easy, cheap method of raising vegetable consumption rates by simply choosing more appetizing names for the dishes containing them.

Research results are available in the JAMA Internal Medicine.