You are here: Home / Health / A Case of Strep Throat Caused Man to Lose Hands and Feet 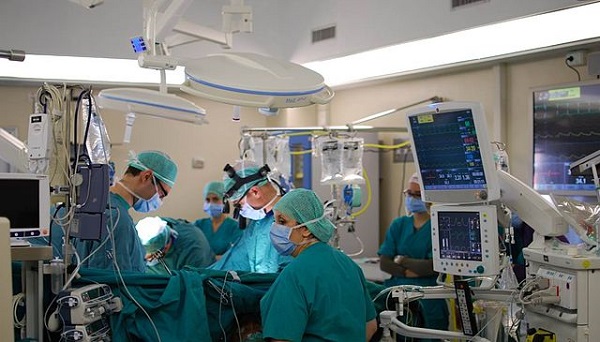 A Michigan dad is now readjusting to life after a bad case of strep throat lead to partial amputations of his hands and feet. The infection almost claimed his life, several amputations still being needed before he is completely out of the woods.

Kevin Breen was preparing to celebrate Christmas with his family when his son developed a strep throat infection. While the child’s condition immediately improved after treatment, the 44-year-old man started feeling increasingly ill.

After he had begun showing flu-like symptoms, Breen decided to visit the emergency room. As test results showed no sign of strep or flu, doctors attributed his pain to acute pancreatitis. However, when he started developing symptoms of shock, Breen was rushed to surgery.

Over 3 Liters of Pus Surrounded his Organs

When doctors opened Breen’s stomach, they found around 3 liters of blood around his major organs, the source of the pus remaining unknown. According to Dr. Elizabeth Steensma, one of the operating surgeons, protocol dictates that doctors should search for the origin of the infection and check for any perforations in the bowels or stomach. The search revealed nothing.

After the operation, the 44-year-old man started developing a rash on his thoracic cavity. As the eruption was consistent with the signs of streptococcal toxic shock, the surgeons decided to test Breen for a streptococcal infection again.

Lab results showed the patient was affected by a rare form of the Streptococci bacteria. Instead of remaining in his throat, the infection traveled to his abdominal cavity, which caused a severe septic shock that lead to a multisystem organ failure.

Steensma declared that a team of doctors worked round-the-clock to keep the patient alive and stop his organs from failing completely. Even though they did everything in their power, the surgeons were unable to save Breen’s fingers and toes, the extremities having to be amputated.

The Recovery Process Will Be Long

Julie Breen, the patient’s wife, declared that she is now a full-time nurse for her husband who is currently on the long road to recovery. However, the entire family is thankful that Breen survived, even though the infection claimed his fingers and toes.

Kevin and his family are grateful for all of the support they received, many people praying for the man’s recovery while his condition was unstable. His story should serve as a warning that no disease should be taken lightly, and all patients must report to the hospital when feeling ill.