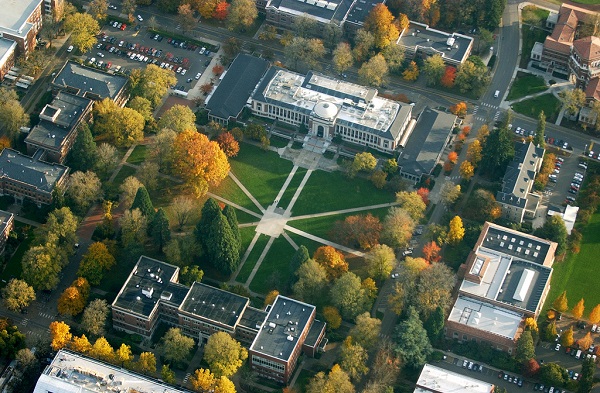 Third OSU student has been infected by the meningococcal disease

During the fall of 2016, the Oregon State University was the location of a small meningococcal disease outbreak which affected two students. Now, after laying dormant for the winter, it seems that the same strain of the disease has affected a third student at the university’s campus.

Local health officials have confirmed on Thursday that the third OSU student has indeed been infected by the same strain B of the meningococcal disease. In response, the officials were required to raise the situation to that of an actual outbreak level.

The Oregon State University student affected by the disease has remained anonymous and has been hospitalized at the Good Samaritan Regional Medical Center since February 23rd since he was confirmed to have the disease. Currently, he is in good condition. The two first students to be infected last year were safely treated for the disease and made a full recovery.

Health officials have not released the names of the students due to the federal privacy restrictions, despite the fact that the meningococcal disease mainly spread through continued exposure to an infected person. The disease in question is commonly known to primary affect young people, and it is capable of causing meningitis which often proves fatal, besides causing severe circulatory problems and may even require amputation in extreme cases.

County health officials have already identified up to 43 people who may have been in contact with the infected students. All of them were treated with antibiotics. Currently, they believe no one else should be at risk from long exposure to the student, which lives in an apartment off campus.

Oregon State University is urging students to get vaccinated, regularly opening vaccination clinics for them from 9 a.m. to 6 p.m. two days a week. The vaccine is mostly designed for people below the age of 25. OSU officials hope to provide vaccines for around 7,000 students which live both in campus dorms or in fraternities and sororities.

Generally, meningococcal disease can spread after around four hours of face-to-face contact with an infected person in the week before the infected person got sick. Officials believe the spread of the disease was limited by administering antibiotics to everyone with prolonged exposure to that person.