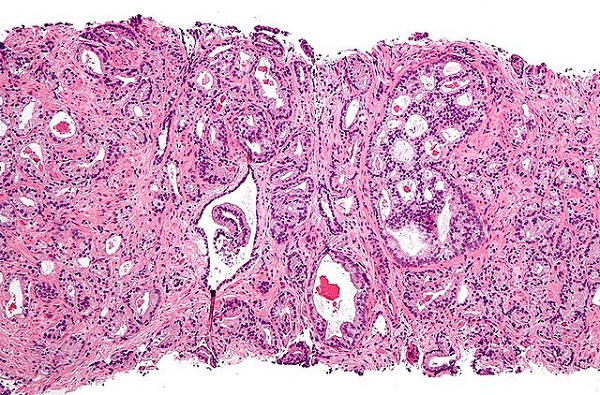 Although no definitive cure for all types of cancer will is likely to be discovered anytime soon, researchers are hard at work trying to find new ways to either treat individual cases of cancer or at least slow its growth. A new clinical trial reveals that a light-activated drug completely eliminates early prostate cancer without any side-effects caused by surgery.

The new prostate cancer treatment uses a revolutionary technique known as vascular-targeted photodynamic therapy or VTP for short. It involves injecting a drug sensitive to light into the patient’s bloodstream. Then it is activated by exposing to a laser which fires several pulses to optical fibers inserted into the prostate of the patient.

More specifically, the drug is made out of bacteria which live in the darkness of the ocean floor. The bacteria attacks other cells when exposed to light. However, scientists designed so that the bacteria in the drug only attack the cancerous cells in the prostate leaving the healthy cells behind.

Besides the higher chance of being definitively being cured of prostate cancer, the VTP treatment has the added benefit of not having any side effects such as urinary incontinence or impotence which are linked with surgery or radiotherapy.

The clinical trial results which were published in the journal The Lancet Oncology revealed that the only six percent of patients who received the VTP treatment required radical treatment, compared to the 30 percent of the patients under active surveillance. The new prostate cancer treatment also managed to double the average period of cancer progression from 14 to 28 months.

Do you know anyone affected by the disease? What treatment did they receive?