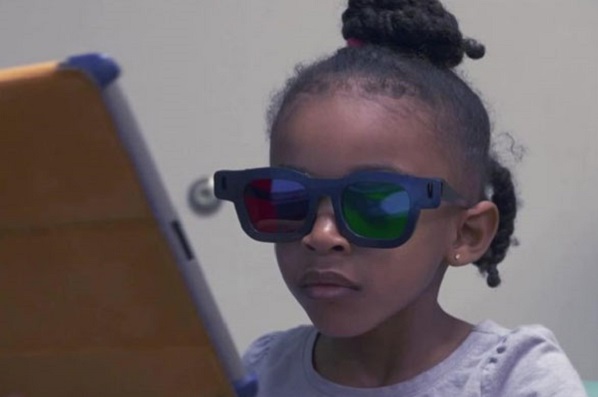 A treatment for lazy eye involving an iPad game is more efficient.

A specially designed iPad Game can provide better treatment for children suffering from lazy eye. The condition is formally known as amblyopia can be improved by playing the game. This provides an alternative, faster and accessible treatment for kids rather than patching.

If you’re not familiar with the lazy eye condition which affects 3 percent of children in the U.S., then it’s important to know that the lazy eye doesn’t provide vision as well as the normal eye, and it also can wander from side to side.

Previous treatments of lazy eye involved children wearing a patch over the fully functional eye. This allowed the stimulation of the unresponsive eye and its adaptation to normal conditions. The treatments were mostly successful for children, but not in all cases. In a few cases, the condition returned after the treatment. Additionally, the standard treatment made some children unable to use both their eye together.

The new treatment that involves the special iPad game involves the use of both eyes. For the study, published in the journal JAMA Ophthalmology, researchers divided 28 children in lazy eye in two groups, each receiving one of two types of treatment.

Those playing the game called Dig Rush, have to wear special glasses which affects how each eye sees the game. Various elements appear more contrasted to one eye or the other in order to form the full picture of the game. After two weeks of treatment where the children played the game one hour a day, five days a week, the researcher saw a significant improvement. The group treated with the game saw 1,5 more lines on a letter chart than they could before the treatment. The group of children with the patch treatment only saw 0.7 more lines.

Researchers then had all the children play the game for another two weeks. At the end of the treatment, there was no significant difference in vision between the two groups.