You are here: Home / Health / Halloween Candy Is Not Safe for Pets 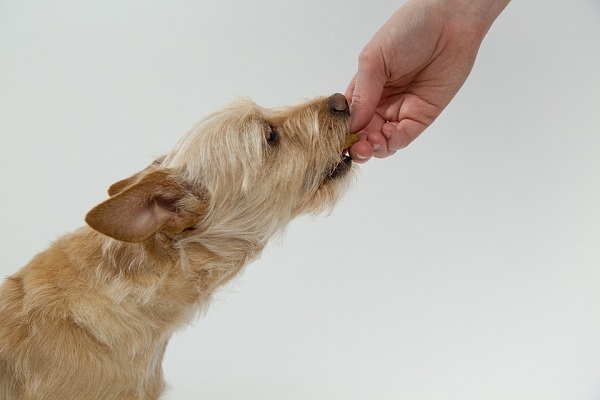 Most Halloween candy is toxic for pets, dogs being the most vulnerable.

Now that most American households are harboring the spoils of trick-or-treating, it is good to keep in mind that Halloween candy is not safe for pets. Veterinarians advise people who have pets to store the sweets in places where the animals cannot reach them as accidental ingestion often occurs during this time of year.

Dogs are more rapacious than cats, seizing every possibility they can to wolf down on seasonal treats. Some veterinarians even had patients who swallowed the candy wrapper-included. However, large amounts of ingested sweets can lead to diarrhea, vomiting, and even pancreatitis.

Moreover, if the dogs gulp down on candy that is still wrapped in plastic foil, they risk intestinal obstruction and choking. Both cases can be surgically treated if the owner brings the dog to the vet in time.

Most Halloween candy can cause some degree of distress to pets, but chocolate is the worst. Theobromine, one of the main ingredients of chocolate is highly toxic for pets. The substance causes diarrhea and vomiting when the pet ingests small amounts.

When consumed in larger amounts, theobromine can even lead to seizures, tremors, and even arrhythmia. Severe intoxications usually end in death.

The amounts of theobromine differ from chocolate to chocolate. Baking chocolate is the most harmful, dark and semisweet chocolate follows, and milk chocolate is the mildest. Veterinarians advise pet owners to immediately seek medical attention for their animals if they have reason to believe that their pet ingested any kind of chocolate.

Other sweets contain artificial sweeteners that, while harmless to humans, can cause a lot of damage to quadrupeds. A dog’s organism absorbs xylitol faster than humans. It then leads to sudden insulin release which causes hypoglycemia. The condition is life-threatening.

Xylitol can also trigger liver bleeding, liver failure, and can even cause death. A small breed dog can experience fatal symptoms after ingesting just a single piece of gum.

Since most Halloween candy is individually wrapped, there is no way of knowing that a piece of candy contains one of these toxic ingredients or not. The best thing to do is to keep all treats away from pets to avoid any problems.

As long as the treats are away from eager snouts, everything should be ok.