You are here: Home / Health / Frozen Strawberries Linked to Hepatitis A Outbreak 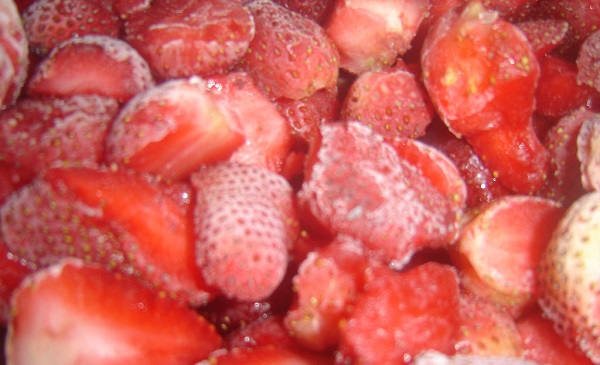 Frozen strawberries imported from Egypt have been linked to Hepatitis A outbreak.

Health officials are urging consumers and service food operators, even restaurants and school cafeterias around the country, to check their inventory for recently bought frozen strawberries made in Egypt. The fruit may have been contaminated with Hepatitis A, which has already sickened at least 134 people in various states.

The packaged frozen strawberries originate from Egypt, where they were produced and exported by the International Company for Agricultural Production and Processing (ICAPP). The company issued a recall of the product only recently, in the past week, despite learning that the frozen strawberries were identified as the main source of the outbreak back in August

The recall also only started after the US Food and Drug Administration imposed an alert on the import of the product, clearly citing Hepatitis A contamination as the main reason for its decision.  The recall involves all the imports of frozen strawberries sent to the US since January 1st from Egypt.

The Hepatitis A outbreak was initially thought to be contained to the locations of Tropical Smoothie Café as they were the first to be identified in using the strawberries. However, FDA soon discovered that the fruit was also distributed to a high number of other food service businesses around the country. The infected strawberries may have been served as recently as October 27.

According to the California Department of Public Health, the possible infections product has been distributed and served in the state. Around 3,000 food service operations including schools, restaurants and other business have received the strawberries.

Until now, there have been only 13 confirmed cases of Hepatitis A in people who mentioned that they have consumed frozen strawberries. Health officials across the country are trying to contact all consumers who remember consuming the fruit, in order to notify them that they can prevent the infection if they get post-exposure shot.

The Center for Disease Control and Prevention recommends administering the post-exposure prophylaxis shot for people who are not vaccinated against the virus. However, the shot is only effective for people who ate the strawberries in the last two weeks. If the infection occurred longer than that, the shot does not provide any benefits.