You are here: Home / Health / Science Behind Sneezing: An Icky Yet Fascinating Business 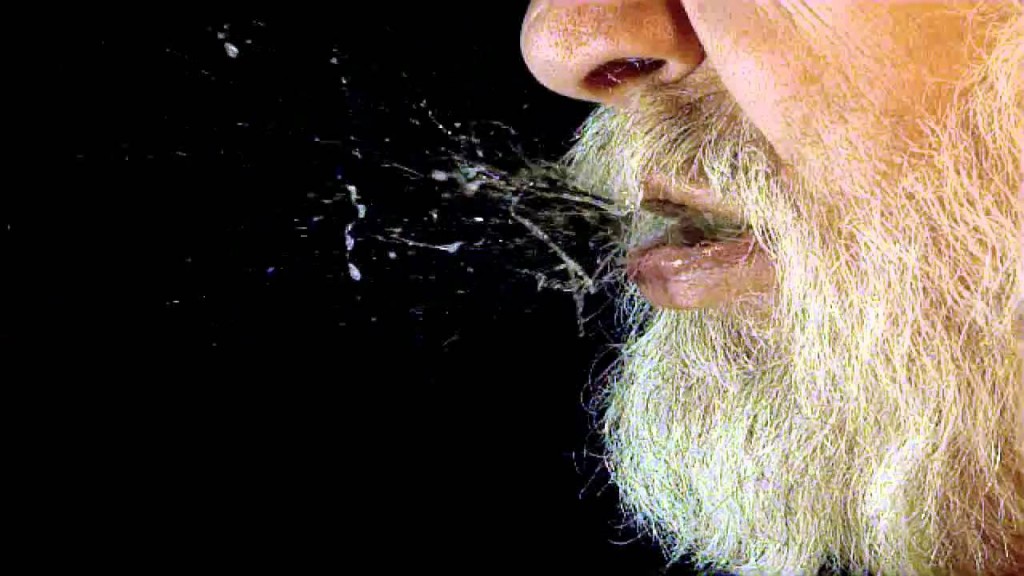 In case you needed yet another reason to dread the flu season, MIT researchers released some pictures that describe exactly what happens when we sneeze. Fair warning: it’s not the delicate spray you think you send into the air around you – it’s more like a lot of splatter.

Thanks to the slow-motion photography we were provided with by the Massachusetts Institute of Technology, we now know a bit more about the science behind sneezing: they actually involve expelling a sticky sheet of fluid.

What starts as a viscous balloon quickly turns into long gooey filaments, which then eventually separate into the tiny fine droplets we have come to associate with sneezing.

According to Lydia Bourouiba, head of MIT’s Fluid Dynamics of Disease Transmission Laboratory, the experiment was surprising in many ways. Before taking long-exposure shots of people sneezing, the research team was expecting to see “droplets coming out fully formed from the respiratory tract.”

As we now know, that is not the case. Their research could be used to come up with more effective ways to curb the spread of illness through sneezing droplets. By understanding fluid fragmentation – the process that breaks apart the initial sheet of saliva – scientists can identify “super-spreaders.”

Back in 2014, another study conducted by the same team found that coughs and sneezes come out of our mouths and noses as “clouds” of gas. These so-called “clouds” help spread infectious droplets more than 200 times farther compared to the distance covered by separate drops.

With the help of high-speed cameras, Bourouiba’s team recorded volunteers who sneezed more than 100 times as the researchers were tickling their noses to cause the sneeze. Given that each photo comprised a time span of under 200 milliseconds, the team was able to see the exact millisecond when saliva was launched into the air.

The study also found that people sneeze widely different, but not just because of the sound they make. Some people simply have stickier saliva than others, which meant the expelled fluid was more likely to keep its stringy shape longer; these did turn into droplets eventually, but a lot later than in sneezes with less sticky saliva.

Bourouiba is not working on setting up a special lab that allows her team to visualize the entire process of sneezing, coughing and other causes of disease transmission. She wants to focus on influenza and cold in the coming year.

The symptoms for these illnesses are often difficult to distinguish, but the upcoming research has the potential to prevent the chain of transmission down the line.
Image Source: YouTube