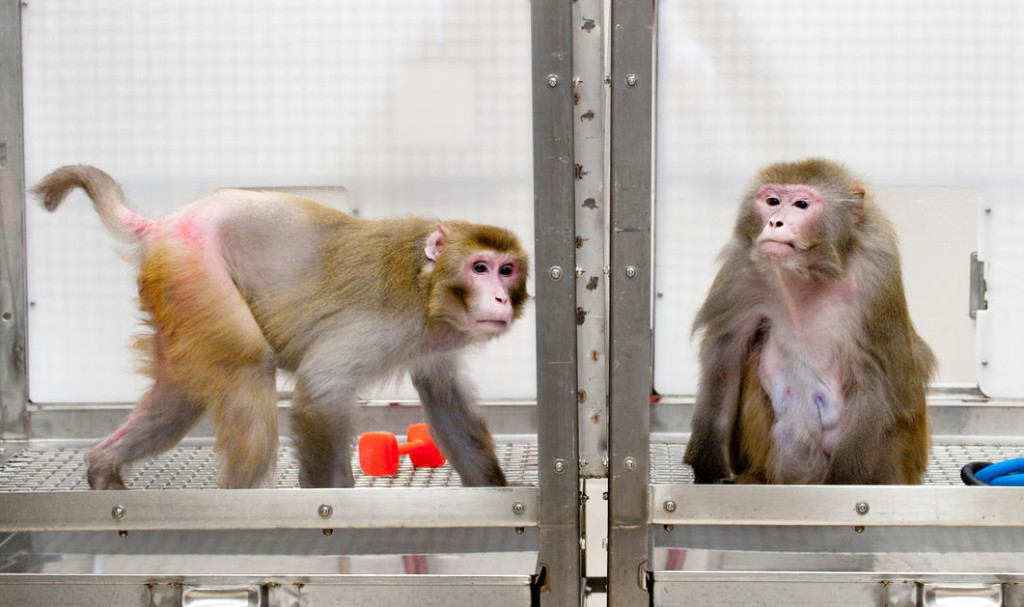 Autism still baffles scientists, especially when it comes to its causes. So far, they know that certain genes and some environmental factors can contribute to the wide spectrum of developmental disabilities that are included under the term.

However, it’s not easy to further the knowledge we have on the subject, because a lot of the brain research is experimented on rodents – animals that lack the complex brain disorders that humans develop.

According to a study featured in the journal Nature, Chinese researchers have bioengineered autistic monkeys, for the first time. However, their research raises new questions about the monkeys’ ability to mimic a valid form of autism as non-human primates.

In order to alter the monkeys, the researchers engineered the macaques’ genome to feature a human gene called MeCP2. This caused the primates to exhibit behavioral symptoms similar to those seen in children with MeCP2 duplication syndrome.

This is one of the rarer forms of autism and it includes symptoms like anxiety, repetitive movements, and low interest in social interaction. It was also interesting to see that the monkeys could pass down the gene – and the associated symptoms – to their offspring.

Neuroscientist Zilong Qiu of the Shanghai Institutes for Biological Sciences, who authored the study, is confident that the team can develop new treatments to reduce autistic behavior in humans, but other researchers opposed.

One of the disagreements involves the effectiveness of using monkeys to model human brain disorders. The macaques in the experiment weren’t able to mimic the human symptoms of the MeCP2 duplication syndrome; they weren’t severely developmentally delayed.

A lot of the children diagnosed with the duplication syndrome display symptoms in line with the formal criteria for autism, but they also tend to have atypical behaviors, like seizures, major developmental setbacks and the inability to walk without aid.

It’s enough to combine these shortcomings with the incredibly high cost of bioengineering these animals to realize the problems could put the entire model into question.

Researchers said it was “surprising” to see that the subjects didn’t have the same problems, but they added it was probably because the syndrome is rare in humans. So how exactly could these monkeys help autism research?

Opponents of the study declared that “the clinical utility of this model is very low,” mostly because MeCP2 duplication syndrome is not by far the prototype for autism. But Qiu and his team think they can use brain imaging technology on the developed monkeys to identify brain circuits that cause their autism-like behaviors.
Image Source: Cosmos Magazine