You are here: Home / Health / The Key To A Painless Life Might’ve Been Found 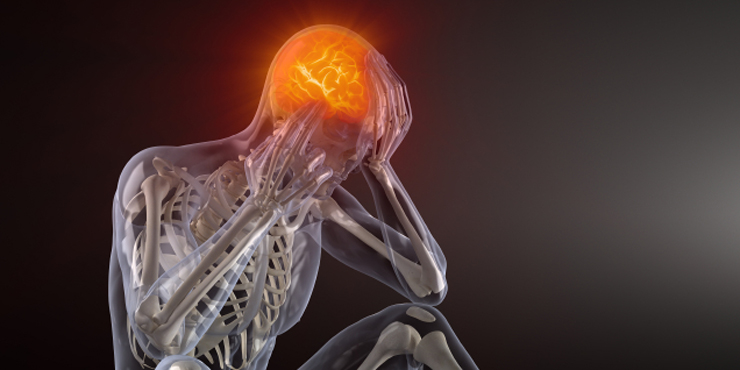 It’s possible that the key to a painless life might’ve been found that did not imply the intensive use of painkilling drugs or any other long-term effects. It seems like a dream for patients living with chronic pain. However, it’s also one that CIPA patients know very well it’s not all fun and games. In fact, it’s highly dangerous.

CIPA (congenital insensitivity to pain with anhidrosis) is a very rare condition of the nervous system, which effectively prevents the patient from feeling pain, heat, cold, or any other sensation. While it may sound like heaven, it’s actually rather unfortunate. CIPA patients often injure themselves easily in situations where pain might’ve been a good indication that the body cannot withstand it.

For example, standing under scalding hot water. The CIPA patient will not be able to tell that their skin is getting burnt, but their body will certainly still suffer the consequences. Those with this very rare disorder have been found to have a malfunctioning channel that directly signals pain. Called Nav1.7, the channel was found by researchers at the University College London to have a significant role.

By understanding its function, researchers were able to better comprehend how to stop it or replicate it to a certain degree. They used “transgenic mice”, which means genetically modified rodents with the altered nerve channel. The subjects had the Nav1.7 channel disrupted to see if they could replicate the ability of not feeling pain.

Their estimations turned out to be correct.

According to lead author of the study, John Woods, they effectively found that Nav1.7 is the key element in the body feeling pain. A malfunctioning of the channel would mean no pain. However, by understanding what causes pain, the scientists delved deeper on how to cease it. There are millions of people suffering from chronic pain, and are unable to stop it.

By using normal blockers, patients often report complete numbness or other long-term side effects. Painkillers are also not often an option, as they present with risk of addiction and other life-threatening conditions.

However, since CIPA patients naturally secrete a low dose of opioids, higher than most, researchers found that they could mimic the effect and cut out the risks by a combination of both methods.

A low dose of blockers and opioids was found to reduce the sensation of pain in mice. With the better understanding of the Nav1.7 channel, they were also able to induce pain in the “transgenic mice” and a CIPA patient. Those with pains could become painless, and those with CIPA could actually feel the sensation for the first time.

The researchers have filed a patent for their combination of the two drugs, and are hoping that human trials will start at some point in 2017. Chronic pains might become a thing of the past.