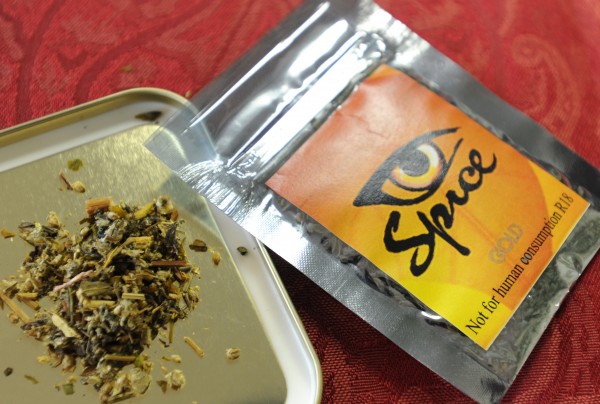 Spice is one of the two popular synthetic cannabis products

Authorities continue to warn of its effects after synthetic marijuana makes 16 people sick and sends a majority of them to the hospital in San Diego. It’s neither a isolated incident nor spread apart, as just one week ago, similar cases were reported.

Last week, there was a reported number of 30 people that were sickened by ‘Spice’. The product is essentially a ‘designer drug’, which mimics the effect of marijuana. This is achieved through the spraying of cannabis onto other herbs. It’s often found as ‘herbal incense’ or ‘herbal smoking blends’, under popular brand names such as ‘Spice’ or ‘K2’.

It does not show up in normal tests for THC, it may be possible to detect some of it in urine. Reportedly, there have been no official studies conducted specifically on synthetic marijuana. However, it has been linked to conditions such as psychosis, similar to natural cannabis, especially in those who are already suffering from mental health issues.

It’s currently illegal in many European countries, with the United States left a little behind, but it’s catching up. In California, however, where the problems were reported, ‘Spice’ has been deemed as illegal since 2012. Regardless, teenagers and young adults still managed to get their hands on it, and on a bad batch that caused multiple consumers to fall ill.

Last week, 8 people were treated for overdoses with ‘Spice’, including a 13 year-old.

On Saturday, respondents found that 16 people became sick after ingesting the synthetic marijuana. A number of 12 of them were minors, with the rest 4 being adults. Their symptoms ranged from unconsciousness and being unresponsive to headaches, nausea, and violent vomiting. Of those who reported the problems, 11 of them were taken to the hospital, and 3 of the patients were said to be in critical condition.

However, it was fortunate that none were deemed as life-threatening.

All patients showed symptoms that fit the consumption of ‘Spice’, which meant anxiety, high blood pressure, nausea, tachycardia, and difficulty breathing. One of them was found near the Central Library on Park Boulevard, another at Park and Market Streets, while the rest 14 of them on 12th Street and Imperial Avenue. Authorities had difficulty tracking down the source, but they did note that the bad batch of ‘Spite’ was sold a week prior.

The packaging was black, featuring blue dragons drawn onto the sides. They issued a warning for anyone who might have information or who are in possession of the product before they fall sick themselves.

According to the National Institute on Drug Abuse, synthetic cannabis is dangerous and may produce stronger effects than regular marijuana. It may have unpredictable health effects.