You are here: Home / Health / AAP Gives Verdict: Women Should Not Drink Alcohol During Pregnancy 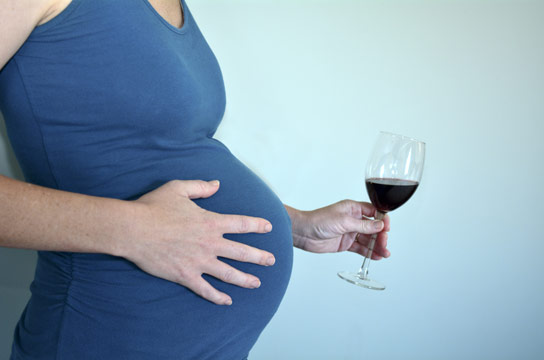 Even though fetal alcohol syndrome (FAS) was first defined over four decades ago, women are still confused and frustrated by the contradictory advice doctors give on drinking alcohol during pregnancy.

Is one glass a day too much? Should they limit to once a week maybe? One each trimester? One time ever, in all 40 weeks of pregnancy? A new report from the American Academy of Pediatrics is here to settle the issue once and for all.

According to the available research to date, it’s crystal clear what women have to do: no alcohol drinking whatsoever during pregnancy, period. This is the lowest threshold established for safe consumption – it doesn’t get lower than nothing, niet, nada, zilch – but apparently it was needed.

Prenatal alcohol is still one of the “leading preventable cause of birth defects and intellectual and neurodevelopmental disabilities,” as stated by the AAP. Some would think the evidence base of this report to be misleading and way too harsh on women.

After all, aren’t there dozens of studies showing that drinking very lightly during pregnancy – something like a glass a week – doesn’t affect the baby? Some would even conclude that a glass of wine here and there would make the baby be even a little better off than their peers.

It’s true that such studies exist, but the thing is they were sort of biased to begin with, as they were based on women with higher household incomes and more education. With the genetic deck already stacked in their favor, it’s to be expected that these children will have better behavioral, cognitive, and health outcomes than their peers born to parents with fewer resources and less education.

Regardless of the type of alcohol consumed, studies usually agree on the fact that drinking during the first trimester is more harmful than in later trimesters. Seeing that half of all pregnancies in the US are unplanned, this fact is more than problematic.

With alcohol’s ability to cross the placenta, women should be aware that if the mother drinks it, the fetus absorbs it, too – with no ability to metabolize it. Why not abstain from drinking for the entire duration of the gestation? Experts still don’t know what’s safe for a child and what is not for another, so it’s better to stay on the safe side altogether.
Image Source: SciTech Daily