You are here: Home / Health / Gene Editing Could Turn Pigs into Organ Donors 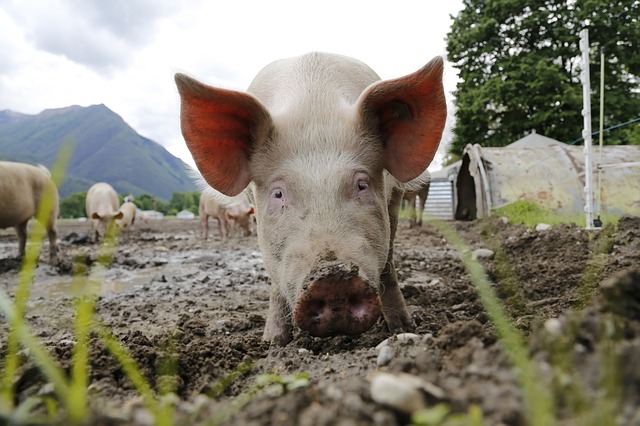 Pigs may become human donors thanks to the new gene editing technique.

Thanks to scientists’ recent efforts, gene editing could turn pigs into organ donors. The medical process, called xenotransplantation, has been taken into consideration for a while, but unwanted side effects have prevented researchers from succeeding in transplanting animal organs to humans.

Consequently, researchers have been trying to turn pigs into organ donors for a long time, but this has not been yet possible for a number of factors. Besides the organ rejection, which is likely to appear after the replacement of the ill organ, pig-human transplantation is not possible because of the porcine endogenous retrovirus, which starts to develop once the transplantation has been effected.

The porcine endogenous retrovirus is present in the porcine DNA and doctors could not find a solution to prevent them from appearing after the transplantation. However, Professor George Church has recently proven that the pig DNA cell called CRISPR–Cas9 can be modified to prevent retroviruses from appearing.

Unlike the previous studies that have been conducted on pig gene editing, the method suggested by Prof. Church manages to modify a wider area of the pig genome. So far, scientists could only cut six areas of the genome, but the Harvard Medical School managed to eliminate 62 areas.

After Prof. Church eliminated the 62 retroviruses from the pig DNA, he noticed that the cells were less likely to become infected. The same results were obtained after approximately 1,000 experiments with transplanted kidney cells.

According to the lead author of the study, this new experiment could pave the way to xenotransplantation of pig organs. So far, medical experts could only replace pig cell, but they are working to make pigs and humans compatible.

The findings of the new experiment were first unveiled at a presentation during the National Academy of Sciences in the US. The experiment has raised many ethical questions, but scientists have all been impressed with the achievements that the team has made. The research is of great value for DNA gene editing, as well as for xenotransplantation, the National Academy has concluded.