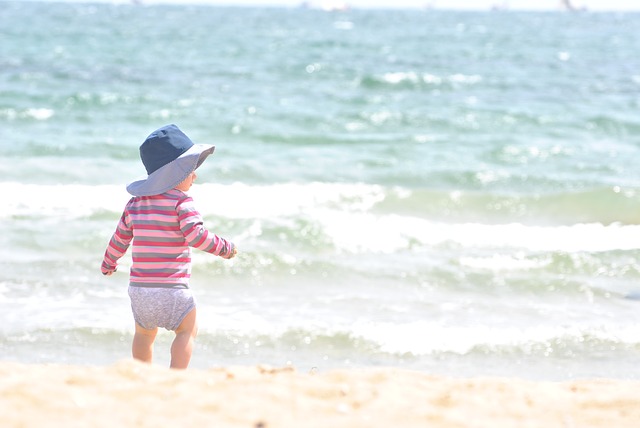 When exposed to sunlight, children grow up healthier.

As strange as it may seem August-born babies will become healthier adults, new study has recently proven after comparing the evolution of 450,000 participants. The study has further revealed that summer-born kids have better birth weight and that they end up to be taller than the rest of the children.

Medical experts have always tried to find explanations for different affections that people may be suffering from, but nobody has considered the birth month. According to Dr. John Perry, the lead author of the study, there seems to be a strong connection between the two.

For his current scientific quest, the researcher has gathered a group of 450,000 men and women at adult ages. The participants were asked to provide information about their birth date and location, as well as their overall health condition.

At the end of the experiment, researchers have noticed that children who are born during the summer months have better health. The majority of these participants had very good birth weights and the benefits continued to appear even at later ages.

Summer-born children grow up to be taller than most children, whereas women get to the puberty age much later than most women. And this, simply because the children were born during the June-August interval and had weights that ranged between 5.5 and 8.8 pounds.

Children who have normal weight rates at birth are safe from developing diabetes or metabolic affections. Or at least, this is what medical experts have found out after analyzing the findings of the current study. They also tend to grow taller than other kids their age, which in turn, has its own benefits.

Taller men and women are more likely to have success because they can better impose themselves. In addition, they are protected against Alzheimer’s disease ad heart affections as these diagnoses are very rare among taller individuals.

Being tall, however, is not always a good thing. Tall adults can develop Type 1 diabetes, whereas women have higher risks of developing ovarian and breast cancer.

Medical experts will further analyze the current findings in an attempt to better understand what causes summer-born children to be generally healthier than other kids. The majority of them suspect the higher levels of vitamin D are responsible for the harmonious development of these children.