You are here: Home / Health / Marijuana may Heal Bones and Prevent Fractures 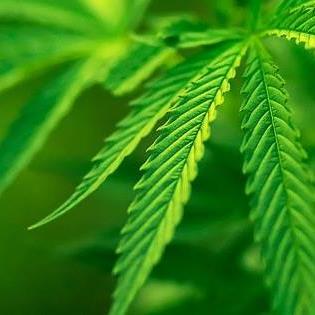 A new medicinal application for the famous drug has been found.

Researchers from the University of Tel Aviv claim that a substance within marijuana may heal bones and prevent fractures. The study was presented in the Journal of Bone and Mineral Research and it marks a different approach to accessing the alleged healing properties of cannabis.

The research was led by the now late Professor Itai Bab and Professor Yankel Gabet. They and their teams found out that an active component of cannabis drastically increased the healing of rat’s broken leg bone over a period of eight weeks. Dr Yankel believes that the results speak for themselves and the connection between the healing of the bone and administration of the substance cannot be denied.

The component they used for the healing process is cannabinoid cannabidiol (CBD), a component of cannabis that can be isolated from the other psychotropic elements, even the notorious THC (the main cause of marijuana’s most common effects).

The professor states that humans have a cannabinoid system within their bodies and this is one of the reasons why he believes patients will respond well to this treatment. This system helps to regulate the growth of our entire skeleton. The cannabinoids interact with the collagenous proteins within the bone itself, stimulating its growth.

Since the CBD works just as the same when it is separated from THC there is no need to worry about the adverse effects. Gabet believes that it is entirely harmless and can be made widely available to patients.

Furthermore, the substance not only helps with the healing, but it also enhances and strengthens the bone structure, potentially helping to prevent further breakings of the bone, a problem that has a higher chance to appear in people with previous serious fractures.

The substance has only been tested on rats, but the research team is eager to start clinical trials in order to properly asses its effectiveness on humans. If the scientists’ hopes are validated, CBD may become one of the most effective bone healing treatments, with ample applications for patients that suffer from diseases such as osteoporosis.

Marijuana is slowly being accepted in some countries as an alternative form of treatment, especially for patients that suffer from terminal diseases. There is significant opposition to the widespread use of cannabis, but since CBD can be isolated from the other, potentially harmful elements it should be able to avoid the current political controversies.