You are here: Home / Health / Combining Antidepressants with Painkillers May Cause Brain Bleeding 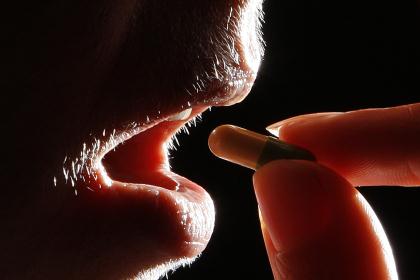 Based on a recent medical study, it appears that combining antidepressants with painkillers may cause brain bleeding. This observation was made after researchers from the University of Medicine from Seoul Korea compared the medical records of 4 million people, who have received prescriptions for antidepressants between 2009 and 2013.

There are many counter indications in relation to the use and administration of antidepressants. Until recently, patients were advised not to combine these medicines with alcohol or other narcotics as they may have strong side-effects and even cause the patient’s death.

A new study proves that there may be many more reasons to worry for patients suffering from depressions. According to the recent data collected during the medical experiment, the combination between anti-depressants and pain killers can lead to brain bleeding, so physicians are now taking into consideration the possibility to completely eliminate them from patients’ treatments.

Brain bleeding is the medical condition during which the patient experiences loss of blood under the skull. The affection may cause permanent damage to the brain and may even lead sometimes to the patient’s death.

The recent experiment shows that the 4 million persons, who have taken antidepressants for the first time during the period between 2009 and 2013 had a stroke when combining these drugs with pain relievers. The most dangerous pain relievers appear to be aspirin, naproxen (Aleve) and ibuprofen (Motrin, Advil).

5.7 percent people in a group of 1,000 respondents suffered an episode of brain bleeding per year as a result of the said combination between antidepressants and NSAIDs. As a consequence, 0.5 people are likely to suffer from brain hemorrhage over the time interval of one year.

Researchers believe that figures should, nonetheless, not worry physicians as the percentage is rather low. They suggest medical experts to carefully weigh their decision of administering pain killers, but they do not believe that these drugs should be completely excluded from patients’ medical treatment.

Antidepressants have been linked to many other affections, particularly stomach diseases. Both pain killers and narcotics are said to cause gastrointestinal bleeding, based on the previous studies. The increased risk of brain hemorrhage, as a result of the use of pain killers and antidepressants has been recently discovered and it will be further studies in the future for additional information.