You are here: Home / Health / Psychiatric Disorders and Creativity Might Be Caused by the Same DNA Signature 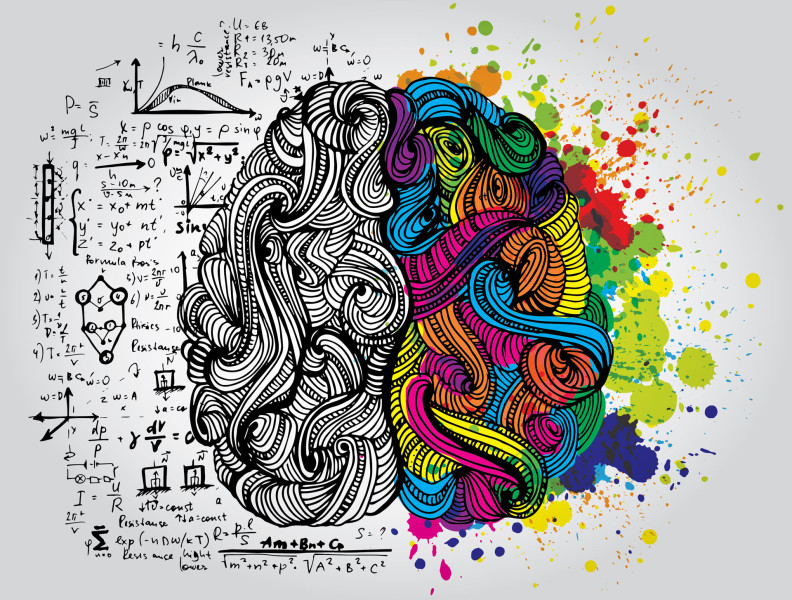 In a recent study published in the journal Nature Neuroscience, researchers explain the possible connection between some genetic elements responsible for creativity and some psychiatric disorders.

This could be a potential explanation for the fact that many artists across history may have had mental conditions such as bipolar disorder or schizophrenia. Researchers found that the same common genetic mutations that make people be more creative than others may also play a role in psychiatric illnesses.

More than 86,000 people from Iceland participated in the study, where researchers had the opportunity of analyzing and comparing their genetic material. The purpose of this analysis was to identify the genetic mutations associated with an increased risk of developing bipolar disorder or schizophrenia.

Those variants were then searched for in a 1,000 group of people who were participating in national societies of artists; these were members of societies for musicians, writers, actors, visual artists, and dancers.

All participants in this study presented a DNA signature associated to a doubled risk of schizophrenia and a one-third enhanced risk of bipolar disorder.

When comparing the artist’s data with the ones who did not have such creative inclinations, researchers observed that the first group had 17 percent more chances of having that genetic signature.

Lead study author Kari Stefansson, CEO of deCODE, a genomic analysis company, said the results did not surprise her. It is widely known that in order for a person to be creative, they have to think differently, or as we say, “outside the box.” That’s exactly what happens in the genetic material of artists.

Similar studies conducted in Sweden and the Netherlands also support the idea that people with artistic preoccupations have DNA signatures very different from the ones found in the general public, a fact that predisposes them to develop mental illnesses.

Stefansson explained that the genetic mutations which are responsible for increased risk of developing mental illnesses might be the very ones allowing people to be exceptionally creative. In other words, the dangerous genetic variations are the very ones providing the benefits.

However, some experts urge caution when it comes to assuming a direct genetic link between creativity and mental disorders. Psychologist Scott Barry Kaufman from the University of Pennsylvania explained that genes can only explain portions of psychological traits.

There are more factors that contribute and influence a person’s creativity and proneness to schizophrenia, such as environmental conditions and individual and personal experiences. This study does not present a cause and effect scenario, but a statistical association.
Image Source: Marketing Land