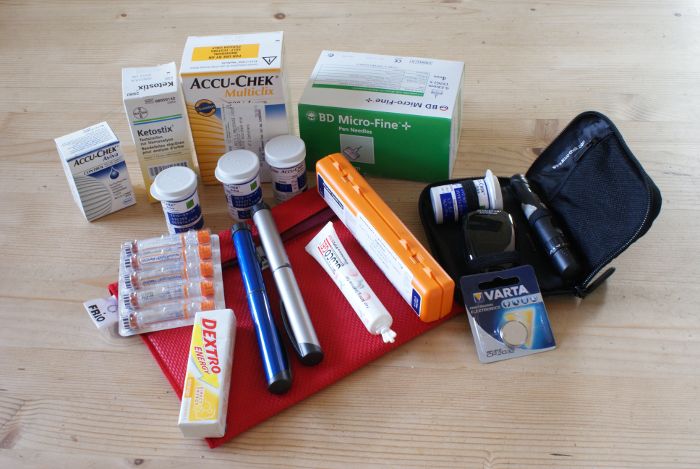 The Centers for Disease Control and Prevention have developed a new game plan for diabetes patients that would help them better control their blood sugar, improve quality of life and generally lower complications that usually come with the disease.

According to their report, seven behaviors could be monitored in order to get started on a healthy lifestyle in spite of the burden that diabetes can bring.

Development coordinator of the Diabetes Program, Gina Gavlak encourages patients to come up with their own game plan based on the seven-behaviors model. They should adapt their goals according to their unique needs and include their hobbies. The plan should then be displayed somewhere visible to serve as a reminder.

Besides offering an achievable game plan, scientists have more good news for diabetes patients: smart insulin patches that can monitor blood sugar levels. Depending on the results, the patch can secrete doses of insulin directly into the bloodstream, thus replacing the painful injections part of the daily routine for a lot of diabetics.

The patch is the combined work of researchers from the NC State University and the University of North Carolina; the surface of the penny-sized patch is covered in tiny needles –close to a hundred – so tiny they could be mistaken for eyelashes.

Results published in the Proceedings of the National Academy of Sciences are based on testing the painless patch on mice suffering from type-1 diabetes. It turned out that the blood glucose was lowered and maintained at a healthy level for up to nine hours.

Leading co-author of the study, Zhen Gu, professor of biomedical engineering in the Joint UNC/NC State Department, says the “smart” patch benefits from its own system that can be personalized for each patient: input their weight and sensitivity to insulin, and the patch acts accordingly.

During lab experiments, scientists came up with a material that can sense sugar levels and release insulin when needed, and they incorporated it into the tiny needles. Afterwards, researchers created a painless version of a bed of nails by attaching more than one hundred of these micro-needles on a sleek silicon strip.
Image Source: Circles of Blue