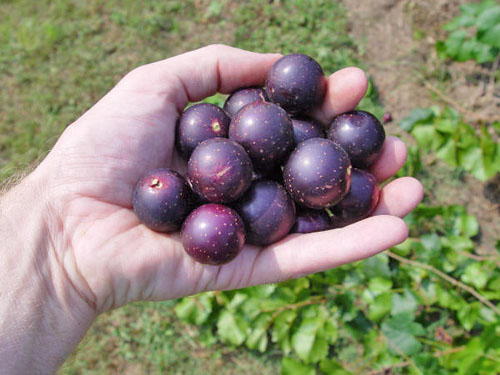 The results of the study are quite incredible, knowing how alcohol is always on the top of the list of banned foods when it comes to weight loss. But this new study may change the way people look at red wine.

The study that showed that grape juice and wine may help burn fat was conducted by scientists from three American universities. They found that drinking grape juice and wine in moderation was very helpful in helping overweight and obese people manage their health, and helped reduce fat in fatty livers.

The study was conducted on a lab-grown human liver and fat cells. These were exposed to four natural chemicals that are found in Muscadine grapes (a very common variety of red grapes) and it was found that the growth of fat cells was significantly decreased and the rate at which new fat cells appeared was also slowed down. Also, the metabolism of fatty acids in liver cells was boosted.

Ellagic acid is behind these amazing results and it is a natural antioxidants that can be found in, aside from red grapes, in a number of vegetables and fruits.

One of the study’s authors, Neil Shay a molecular biologist and biochemist from the University of Oregon, did warn people that grape juice or wine needed to be consumed in moderation and that people should not start to use them as a weight loss mechanism. He concluded, by boosting the burning of liver fat, it helps improve liver function in obese and overweight people. Shay continued:

If we could develop a dietary strategy for reducing the harmful accumulation of fat in the liver, using common foods like grapes would be good news.

Shay had done some previous research on the effects of wine, Pinot noir in particular, on overweight mice and the results are consistent with the results of the present study. Shay had found that the mic who were given red grape extracts got less fat in their livers and also had lower blood sugar.