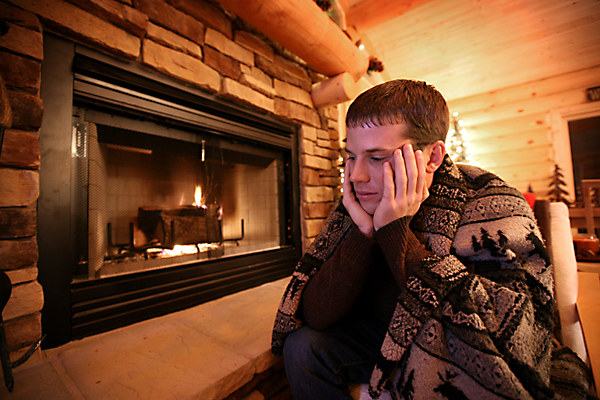 A new study led by experts from the University of Georgia shows that low levels of vitamin D are associated with increased risk of seasonal affective disorder. Vitamin D deficiency has been related to increased risk of asthma, cancer and chronic pain.

Seasonal affective disorder, also known as SAD, is a form of depression that affects almost 10 percent of the United States population. This disorder usually begins in the fall, continuing all through the winter. Associated symptoms of this disorder include concentration issues, fatigue, irritability, feelings of guilt and hopelessness, sadness and anxiety.

Even though experts have not determined the exact cause of Seasonal affective disorder, studies show that people who live in cloudy areas or high altitudes are more vulnerable to this disorder pointing to the fact that it may be triggered by lack of sunlight.

Researchers have two theories about what is really behind SAD. One hypothesis is that reduced sunlight causes irregularities to the body’s biological clock that regulates mood, sleep and hormones. Another hypothesis is that neurotransmitters which regulate mood, such as dopamine and serotonin, are affected by the lack of sunlight.

In the latest study conducted experts present the theory that vitamin D deficiency is the cause of seasonal affective disorder. In the first stages of the study, researchers found that vitamin D levels in the human body are influenced by the changing seasons and the sunlight available.

Doctor Alan Stewart of the College of Education at the University of Georgia who led the study said: “Studies show there is a lag of about 8 weeks between the peak in intensify of ultraviolet radiation and the onset of SAD, and this correlates with the time it takes for UV radiation to be processed by the body into vitamin D.”

Also vitamin D has its role in the synthesis of dopamine and serotonin thus associating low levels of these neurotransmitter with depression. Co-author of the study, Michael Kimlin, confirmed that patients with depression also presented low levels of vitamin D, therefore strengthening their theory.

The research team also believe that skin pigmentation and vitamin D levels are linked, thus pointing to the fact that individuals with darker skin are more vulnerable to the risk of developing SAD.

Other studies have shown that low levels of vitamin D are associated with mental health conditions suggesting that vitamin D deficiency may increase the risk of schizophrenia.

After a study, led by Ahmad Esmaillzadeh of the Isfahan University of Medical Sciences in Iran, conducted on a number of participants has revealed that people with low levels of vitamin D were 2.16 times more likely to develop schizophrenia than others with normal levels of vitamin D.