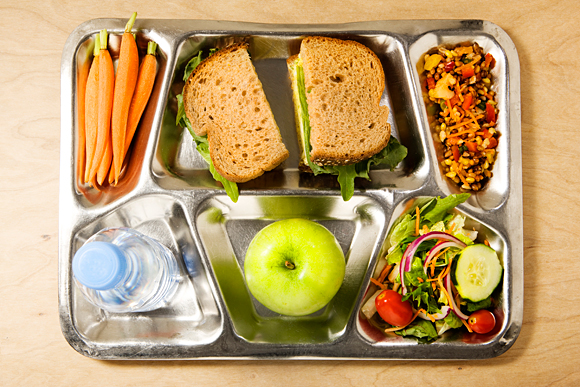 A new study claims that lunches offered in schools are more nutritious than their packed at home counterparts.

The study was made by comparing 560 lunches that were packed at home to 750 lunches offered by schools. Researchers analyzed the food for nutritional content over a five day period. They found out that packed lunches contain more fat. This is because home packed lunches typically contain a dessert or sugary drink.

Lead researcher and a Ph.D. candidate at Virginia Tech University, Alisha Farris, said that packed lunches are less nutritious than the meals served at schools.

Despite the fact that home packed lunches contained more iron and vitamin C, it was found that they have more fat, saturated fat, sugar and calories than the meals purchased at school. In addition to this, researchers found out that lunches packed at home contained less calcium, vitamin A, fiber, sodium and protein.

Alisha Ferris did however admit that the researchers came across healthy meals packed at home, but the majority of meals were unhealthy.

50 million kids attend secondary and elementary schools in the U.S. Out of these 50 million children, 60 percent have lunch at school and 40 percent of them bring their own meals from home. As a guide for their study, the researchers used data from the National School Program Standards from the years 2012 to 2013.

They found out that lunches packed at home contained about 600 calories, compared to the ones bought from school that had 500 calories. Protein contained in the lunches brought from home was lower at 18 grams, as opposed to protein found in school lunches at 26 grams. Researchers also claimed that the meals brought from home were less likely to contain fresh fruit or vegetables. They usually contained crackers or chips, said the researchers.

Even though they were named healthier, school meals were discovered to have a much higher level of sodium at 1,000 milligrams when compared to a lunch brought from home that only had 880 milligrams of sodium per meal.

The new sodium standards will also be included in the school lunch guidelines of 2014-2015, researchers said.