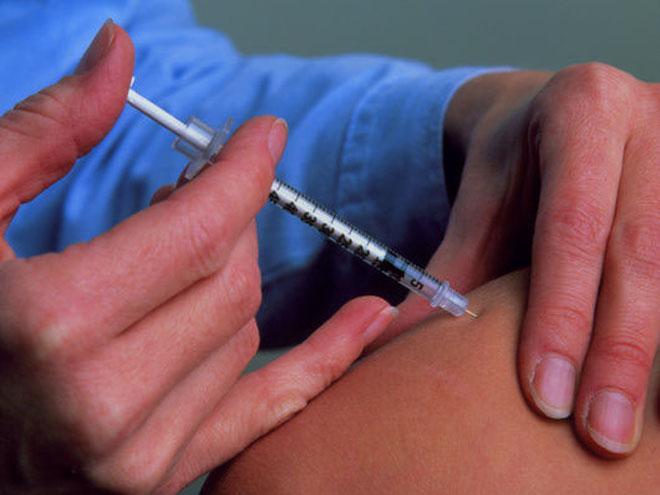 GlaxoSmithKline successfully ended an early trial for a Hepatitis C vaccine, the first time a vaccine candidate for the widespread infection reaches this stage. Hepatitis C is the most common transmittable disease in the world without a vaccine. More than 3 million Americans and around 180 million people from around the world suffer from chronic Hepatitis C.

The virus spreads through contact with the blood of an infected individual. Mothers can transmit the virus to fetuses. Although rare, the virus can be contracted through sexual contact as well. The virus deeply affects the liver. Cirrhosis and liver cancers are not unusual causes of death for the virus carriers. Most people will develop a chronic Hepatitis C infection.

But around 25 percent of the people who contract the virus will naturally dispose of it. Dr. Ellie Barnes and her team at Oxford University decided to replicate the natural elimination process.

Fifteen volunteers have been tested in the phase 1 clinical trial. A ‘prime’ vaccine was administered to force the immune system to respond to the virus. To achieve the result, scientists based the first vaccine on a chimpanzee adenovirus with added Hepatitis C genes.

Principal investigator Professor Ellie Barnes of the Nuffield Department of Medicine at Oxford University, said: “The size and breadth of the immune responses seen in the healthy volunteers are unprecedented in magnitude for a hepatitis C vaccine.”

T cells are the main fighter cells in the cases of people who naturally clear the virus out of their bodies. The two vaccines developed by researchers at Oxford University managed to largely increase the response of T cells during the phase 1 trial. At the moment, the vaccine is tested in the U.S. among intravenous drug users. A next step would be to assess the precise T cell response needed to avoid infection with Hepatitis C virus.

“In our lab we spent a lot of time looking at the immune response of people who are able to clear the virus,” Barnes said. “We know from that work that you need a strong immune response that targets multiple parts of the virus and that is sustained over time — and those are the characteristics that we’ve been able to reproduce in this vaccine trial.”