You are here: Home / Health / Visa Bans imposed by Canada on Nations affected by Ebola Outbreak 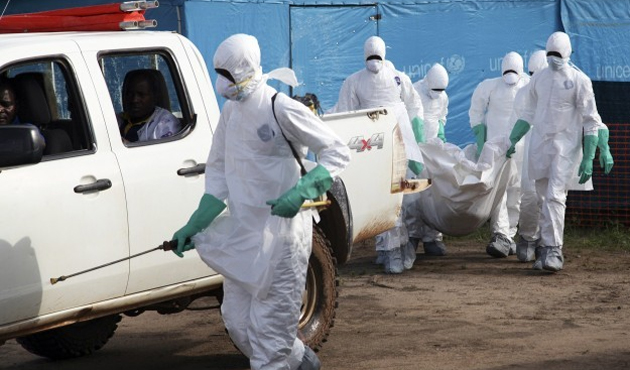 An announcement made on Friday by the Canadian government addressed the current Ebola outbreak, saying that visas will no longer be issued to people from the three West African nations where the deadly disease is raging.

The move was explained by the federal citizenship ministry, which sad in an official document that:

“the introduction or spread of the disease would pose an imminent and severe risk to public health”.

Until now, over 5,000 people have lost their lives to the deadly hemorrhagic fever virus in Guinea, Liberia and Sierra Leone during the worst recorded Ebola outbreak. Fears remain high, especially since the few cases diagnosed in Spain and the United States caused officials to wonder if the disease could not spread beyond the borders of the affected countries.

Until now, Canada has not reported any cases of Ebola. Despite this, the country is following Australia’s example, which became the first rich nation to issue a visa ban. The country’s official in charge of the response on Ebola said, however, that the move was medically unjustified.

These new regulations are to be enforced immediately. Canada will no longer be processing visa applications from foreign nationals who have been traveling in Ebola-affected countries within the past three months. Additionally, no worker student or visitor visas will be issued, as well as pending permanent residency visas for people from those countries. Furthermore, applications already in the system at this time will not be processed until future notice.

The United States President has also received a lot of pressure to enforce similar travel restrictions, but so far, he has resisted.

David Fidler, an international Law professor at Indiana University, claims that this situation puts both Canada and Australia in violation of the International Health Regulations treaty, to which both countries are signatories.

Under the IHR, countries pledge to not restrict travel over and above what the World Health Organization recommends during Public Health Emergencies of International Concern. After declaring Ebola a Public Health Emergency of International Concern on the 8th of August, the WHO noted that countries should not close their borders to West African citizens.

Fidler continuer that the WHO has repeated its advice several times since August 8th and said that any country deciding to close its borders beyond the agency’s request must provide solid rationale that backs up their decision.

“You have to explain yourself. And you have to show that your measure, which is more restrictive than what WHO is recommending, is based in science and public health principles. There isn’t a public health or scientific justification for what Australia and Canada are doing. Therefore they are in violation of their obligations under the international health regulations.”