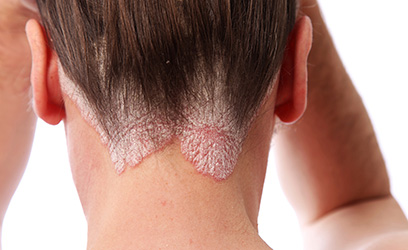 A new study found that patients who have severe and moderate psoriasis have an increased risk of developing high blood pressure, when compared to people who don’t suffer from the dermatological condition. The study was published in the JAMA Dermatology and today we’re going to take a look at how psoriasis severity is linked to high blood pressure and what that entails.

Around 3% of the world’s population suffers from the inflammatory skin disease called psoriasis. We’ve known for a while that high blood pressure, obesity and other cardiovascular risk factors are common among people with psoriasis, but now a recent study reveals that severe psoriasis can increase the risk of heart attack, death from heart disease and stroke.

The researchers examined data gathered from 1,322 patients suffering from both conditions and 11,977 patients that acted as the control group who only had high blood pressure.

This hasn’t been confirmed up until now, which makes this new study very important in the medical world. The authors of the study wrote:

Adding to the currently limited understanding of the effects of comorbid disease on [high blood pressure], our findings have important clinical implications, suggesting a need for more effective management of blood pressure in patients with psoriasis, especially those with more extensive skin involvement (greater than or equal to 3% of body surface area affected).

Could Anything Else Have Influenced the Results?

This is the first question all scientists ask themselves after they come up with final results of a study/screening. You need to know that in the case of this study, many factors were taken into account, such as the age of the subjects, their BMI, alcohol status and other medical conditions (heart disease, diabetes and kidney disease).

Given this particular situation, the size of the study and the risk factors taken into account, the scientists believe that the results are indeed generalizable. Still, further studies are needed to conclude that the severity of the psoriasis influences blood pressure.

What are your thoughts on this study that found that psoriasis severity is linked to high blood pressure risk? Drop us a line in the comment section below and tell us about it!