You are here: Home / Health / First Patient to be Diagnosed with Ebola in the U.S. is Getting Worse 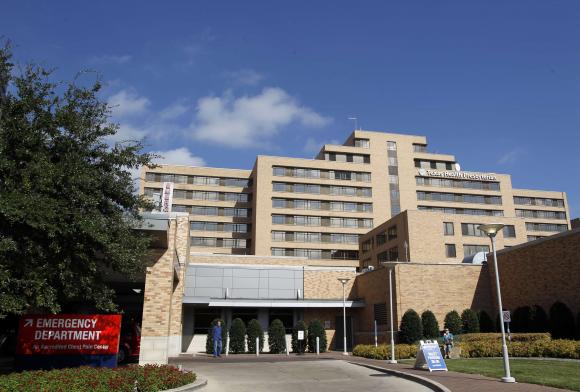 The first patient to be diagnosed of Ebola in the United States slipped from serious to critical condition on Saturday. In the meanwhile, hospitals in the U.S. are investigating other possible cases. According to U.S. Centers of Disease Control and Prevention Dr. Thomas Frieden, news of the Ebola patient has spread through hospitals and doctors are now checking all incoming patients for Ebola-related symptoms. They are extra careful with those who have recently traveled from the center of the outbreak.

Until now, 10 individuals who have had contact with the Dallas patient, have been identified by the CDC. An additional 40 people are being monitored for potential contracts but none of them has shown any size of the disease. Frieden added that the U.S. health authorities have already answered to questions regarding roughly 100 potential cases of Ebola since Thomas Eric Duncan tested positive. The good news is that no new infections have been identified.

On Saturday, two passengers were escorted off a United Airlines jet, by CDC officials (wearing biohazard suits). The jet landed at the Newark Liberty International Airport.  The two passengers were believed to come from Liberia and suspected of exhibiting signs of Ebola during flight. In the end, all the passengers were cleared to leave the plane.

Duncan’s diagnosis took a turn for the worse.

“… has really increased attention to what health workers need to do to be alert and make sure a travel history is taken.”

Duncan is currently being treated at the Texas Health Presyberian hospital. He visited the emergency room on his own for the first time, but he was sent home despite the fact that he told a nurse he had been to Liberia. A terse statement was released on Saturday. According to it, Duncan was in critical condition and he was worsening. The hospital would not comment further.

At the moment. Sierra Leone, Liberian and Guinea governments are struggling to contain the outbreak. In spite of their best efforts, 3.439 lives were lost, but it is suspected that there are more unidentified victims. On Friday, 10 people were put into isolation after having made contact with Duncan. A total of 100 people was feared to have had indirect contact with him at some point and they stayed in quarantine of their own accord.