A study conducted by Dr. Christian Yau and Dr. Christopher Benz at the Buck Institute for Research on Aging showed that a cancer classification based on molecular structure rather than tissues or organs where the cancers are located can lead to more accurate diagnoses and even better treatment options.

According to the study, outcomes for patients were significantly improved when this classification was used. 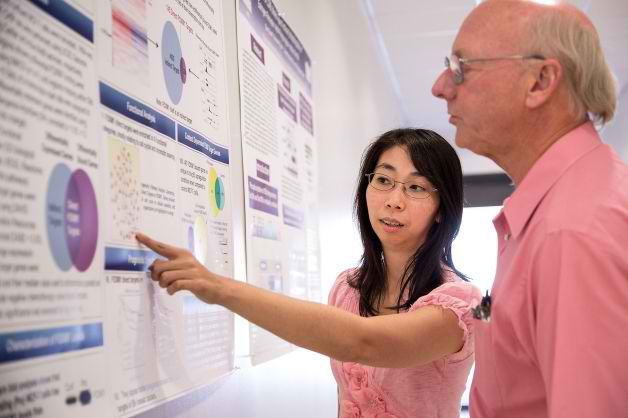 The study analyzed and compared cancer types according to genomic sequencing and researchers concluded that 10 percent of cancers (and they extrapolated that as much as 30-50 percent could be classified similarly) could be identified differently if molecular make-up would be what oncologists searched for instead of location.

Dr. Christopher Benz explained that the old cancer classification system (according to tissue and organ) has become outdated. This system is being used for over 100 years and according to Dr. Benz, the nature of the cancer is not correctly portrayed.
On Thursday, the study was published in the medical Journal Cell.

In collaboration with the Cancer Genome Atlas project, the project that has helped classify these new types of cancer and researchers worked at analyzing more than 3,500 samples from 12 cancer types.

More than 150 researchers from around the country have come together and the goal of the study was to identify the genomic changes of over 20 cancer types.
The cancer types that were sequenced include breast, brain, bladder, brain, colon, endometrial and lung cancer, as well as many others.
According to researchers, these cancers (especially aggressive ones such as brain tumors, glioblastomas, and leukemia) match up correctly with tissue classifications (as a result, location is still of importance for some of the cancers that were mapped).

Other cancer types, however, showed different results. On a molecular level, they resembled unrelated cancers. For instance, squamous head and neck cancers were similar to other squamous cell cancers located in the lungs.

According to Josh Stuart, professor of biomolecular engineering at UC Santa Cruz, it is now up to scientists to determine how this information can be used for treatment.
In the bladder, these similarities between cancers from different organs were particularly striking.

Triple negative breast tumors, for instance, look completely different at a molecular level and this is precisely why they answer different to treatment than other cancers.
Scientist believe that the disease warrants a completely new classification because, according to Benz, it looks like a completely type of cancer from a molecular point of view.