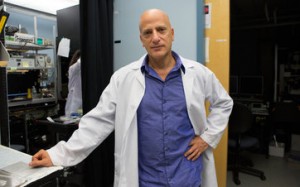 A new autism study has had some groundbreaking results that could begin to explain why autism presents the way it does. It appears that children with autism have an oversupply of synapses in some parts of their brain with impair other parts of the brain to develop.

When a baby’s brain develops there are a plethora of synapses happening. They allow neurons to send and receive signals, but as the child grows older, the brain needs to start cutting away many of the synapses that other brain areas can develop certain functions and not overload the brain with too much stimuli.

The results of this study gives clues to how autism begins from early childhood and can explain some of the disease’s symptoms, such as hypersensitivity to noise or epileptic seizures. This study can also help scientists in their search for treatment.

The study was published in the journal Neuron and it was carried out by researchers from the Columbia University Medical Center. The team analyzed brain tissue from children and teenagers (from ages 2 to 20) who died. Half of those people had autism, while the other half did not.

The scientists found that the children with autism had more spines; these spines branch out from one neuron and receive the signals transmitted by other neurons through connections which are called synapses. More spines translate into more synapses.

After the careful inspection of the tissue from the brain’s temporal lobe (which is in charge of communication and social behavior), there were again found more spines in children with autism.

Lisa Boulanger, a molecular biologist at Princeton University, had this to say about the results of the study.

More is not better when it comes to synapses, for sure, and pruning is absolutely essential. If it was overgrowth, you’d expect them to be different from the start, but because the synapse difference comes on so late, it’s probably pruning.