You are here: Home / Health / “The End of Obesity”, FDA to Propose surgically implanted weight-loss device

The Food and Drug Administration advisory committee meets on Tuesday to consider the premarket application of a new surgically implanted weight-loss device for patients with severe obesity.

The device, called the Maestro Rechargeable System, works by delivering an electronic signal called VBLOC therapy to the trunks of the vagus nerve, a cranial nerve which extends from the brain stem to the abdomen and plays a role in transmitting feelings of hunger.By suppressing neural signals carried by the vagus nerve trunks, the manufacturer says that the device decreases hunger pangs, digestive enzyme secretion and calorie absorption while increasing the feeling of fullness.

Its manufacturer, Minnesota based EnteroMedics Inc. says it could be an alternative for extremely overweight people who have failed at traditional weight loss programs but either they can’t or don’t want to undergo more extreme bariatric surgery.

The system is currently under clinical investigation and it has not yet been approved for use in the United States. However, it is now available for commercial use in Australia, and doctors have successfully implanted the device in several patients at Hadi Hospital in Kuwait City, Kuwait.

According to report released by Allergan, around 37 million Americans are clinically obese and have at least one obesity related condition. Being clinically obese can put extreme strain on the body complex systems and often leads to diseases such as diabetes, heart disease, stroke, high blood pressure and even some types of cancer.

“We have very few tools at our disposal compared to other chronic diseases,” said Martin Binks, an associate professor at Texas Tech University who will testify before the FDA panel on behalf of the Obesity Society.

“We certainly are encouraged by the FDA’s recent willingness to review treatments for obesity, and we’re hopeful that the FDA will give a fair hearing and evaluate the device based on the merits,” Binks added. 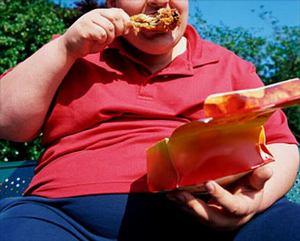 The implant’s safety and effectiveness will be evaluated by the gastroenterology and urology devices panel of the FDA’s Medical Devices Advisory Committee.

The FDA advisory committee’s review will include results from a clinical trial that involved more than 200 severely obese people in the United States and Australia. Of those, 157 received a Maestro implant and 76 received a fake implant.

The device appears to be largely safe, with only about 4 percent of patients suffering a health problem because of the implant, the FDA’s report on Maestro says.

However, the Maestro is unsafe during MRI scans and will have to be removed if a person needs an MRI, according to the FDA. The advisory panel has been asked to consider this as a potential risk in its evaluation.